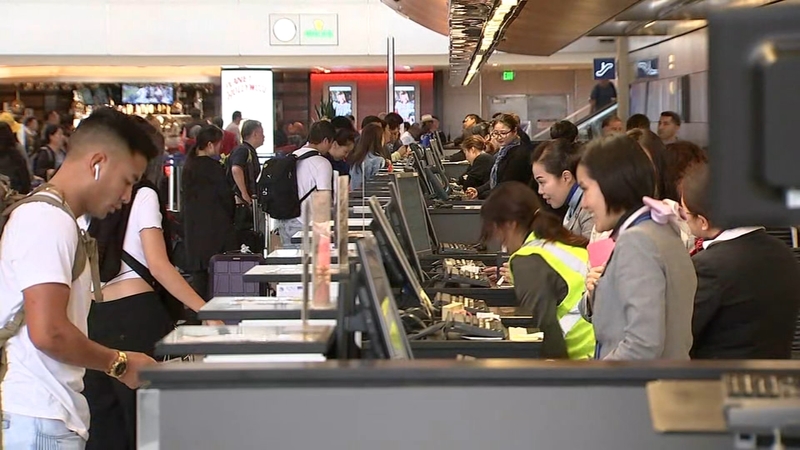 Your summer vacation may turn into a nightmare at the airport thanks to several factors making for the perfect storm.

Airlines for America predicts a record 257.4 million air passengers will fly from June 1 through the end of August, the 10th consecutive summer increase. The industry trade organization also says airlines are adding 111,000 seats per day to accommodate.

The Department of Homeland Security could also transfer as many as 400 airport screeners to help with ongoing border operations.

Several carriers are scrambling to cover the busy travel season with the continued worldwide grounding of six dozen of Boeing's 737 Max.

United Airlines announced last week its plans to cancel another month's worth of flights with Boeing 737 Max planes that were grounded after two deadly accidents.

United said May 24 it had removed the Max from its schedule through Aug. 3 and will cancel about 2,400 flights in June and July as a result. It had previously canceled all Max flights through early July.

Southwest and American have already dropped the Max from their schedules into August.

Boeing is making changes to flight-control software that investigators believe played a role in crashes in Indonesia and Ethiopia that together killed 346 people. The company is expected to soon formally submit its changes and a proposal for additional pilot training to the Federal Aviation Administration for approval.

Acting FAA Administrator Daniel Elwell said that his agency is conducting a wide-ranging review of the crashes that will guide its analysis of Boeing's changes to the Max and additional training for pilots.

"We are looking at everything," Elwell said, adding that the list included pilot procedures, training and aircraft maintenance.

Elwell said no final decision has been made on pilot training, and he declined to give a timetable for the agency's review, saying only that the FAA won't allow the Max to return to the skies until it is convinced the plane is safe.

The Wall Street Journal, citing unnamed government officials, reported that the decision to review emergency procedures used by pilots on previous models of the Boeing 737 could contribute to delays in approving the Max's return to flying. Those procedures include how pilots should respond when onboard computers push the plane's nose down, the newspaper said.