Extra security at LAX as travelers fly for holidays 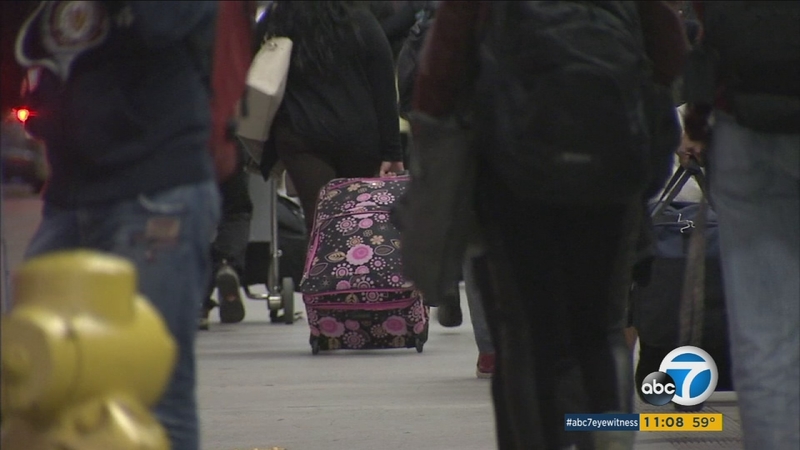 Extra security at LAX as travelers fly for holidays

LOS ANGELES (KABC) -- Travelers descending upon Los Angeles International Airport for Thanksgiving will need to have packed some patience as they deal with extra security following heightened terrorism threats.

Officials said they expect 25 million people to travel by air in the 12 days surrounding Thanksgiving, with LAX the second busiest behind Atlanta International Airport.

With the increased security, travelers are urged to arrive to LAX two hours before domestic flights and three hours before international flights.

The FBI sent a bulletin to law enforcement nationwide warning that homegrown radicals, "Inspired or directed by Syria-based operatives could seek to replicate the effects of the Paris attacks using similar weapons and tactics...although on a small scale."

The Los Angeles Police Department said officers will be out in force at two big events over the weekend.

They include USC hosting UCLA at the Coliseum on Saturday and the 84th Hollywood Christmas Parade on Sunday.