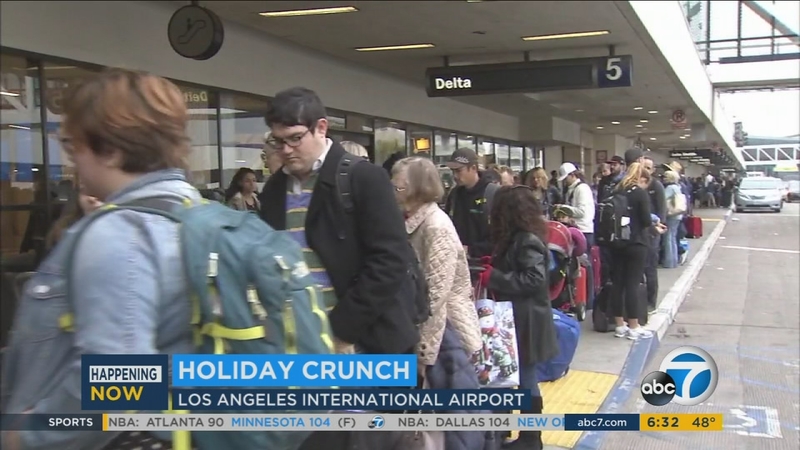 The high volume of flights meant it was again possible that officials would take measures to ease the number of planes landing at LAX. The so-called "ground delay program" had been ended Monday afternoon by 12:30 p.m.

Anne Ford, bound for Newark, New Jersey, was among the record number of airline customers passing through the airport this holiday season. She said the only delay she experienced Tuesday was caused by vehicle traffic after she dropped off her rented vehicle.

"We took the rental car shuttle," she said, "and as soon as we got to the point where they were dropping passengers off, we noticed we had to wait a little while. Things were pretty clogged up."

LAX officials said all four of its runways were in use, unaffected by holiday travel or construction.