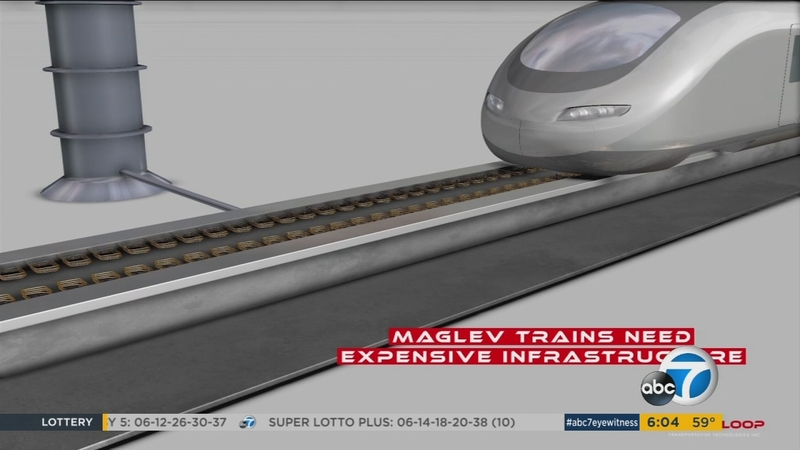 PLAYA VISTA, LOS ANGELES (KABC) -- Officials with Hyperloop Transportation Technologies revealed a safer form of levitation technology Monday that will allow the passenger-carrying pods on the high-speed transit system to lift up and move.

Suggested by SpaceX, Tesla Motors and PayPal founder Elon Musk, the idea is to zoom passenger capsules through elevated tubes between Los Angeles and San Francisco at speeds of up to 750 mph.

The concept pulls together several proven technologies: Capsules would float on a thin cushion of air and draw on magnetic attraction and solar power to zoom through a nearly airless tube. With little wind resistance, the capsules could reach the speed of sound and the 400-mile ride would take a half-hour.

Musk described the high-speed transit system as a futuristic mode of transportation.

The passive magnetic levitation technology was originally developed by Dr. Richard Post and his team at Lawrence Livermore National Labs as part of the Inductrack system, officials said.

In January, student engineers at Massachusetts Institute of Technology won a competition to transform Musk's idea into a design.

"We expect to be breaking ground later this year and open to the public by 2019," Ahlborn said.