Metro to receive $1.3B in federal grants for Purple Line Extension 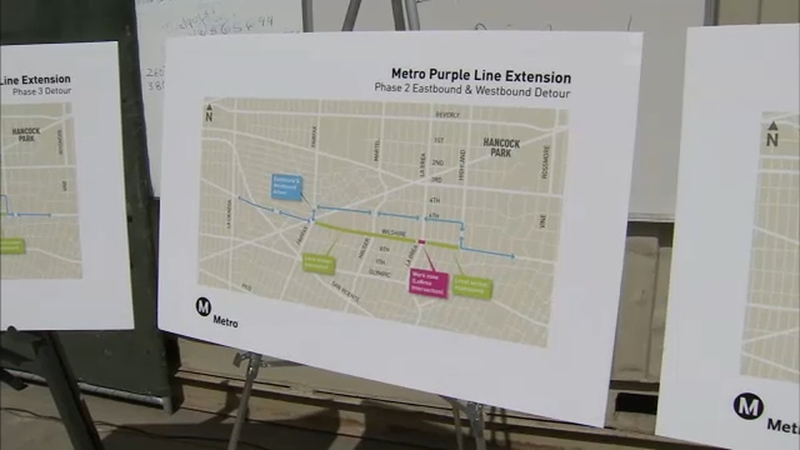 MTA to receive $1.3B in federal grants for Purple Line Extension

On Tuesday, the agency announced the grants were sent from the U.S. Department of Transportation to Capitol Hill. It will be be the final step before the agreement is signed between the Federal Transit Administration and the MTA, according to a news release.

The grants will help MTA build the third and final phase of the Metro Purple Line Extension to Westwood/VA Hospital in Westwood.

MTA said the $1.3 billion federal grant will be delivered through a multi-year agreement governed by the FTA's Capital Investment Grant program. The $1.3 billion is a stand-alone grant agreement and will not require loans for MTA to pay back like funding agreements for the first two sections of the extension.

MTA said the overall cost for the last section of the project is $3.6 billion, and the remaining funds will come from MTA's transportation sales tax measures approved by voters.

The MTA is currently building the first two sections of the subway and has already started some preparation work for the third section between Century City and Westwood.

Major construction is expected to start later this year.

MTA says the Purple Line extension to the Westwood/VA Hospital station will see about 49,300 daily boardings during the weekdays at all of the seven new stations. There will be about 78,000 new trips each day on the entire Metro Rail System after the new line opens.
Report a correction or typo
Related topics:
travellos angeleslos angeles countywestwoodmetropublic transportationtravelmoney
Copyright © 2021 KABC-TV. All Rights Reserved.
RELATED 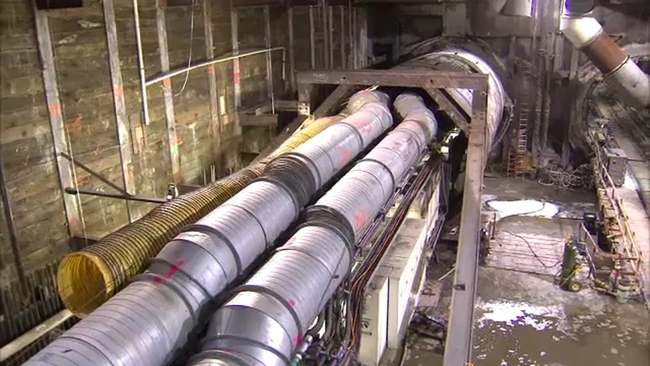 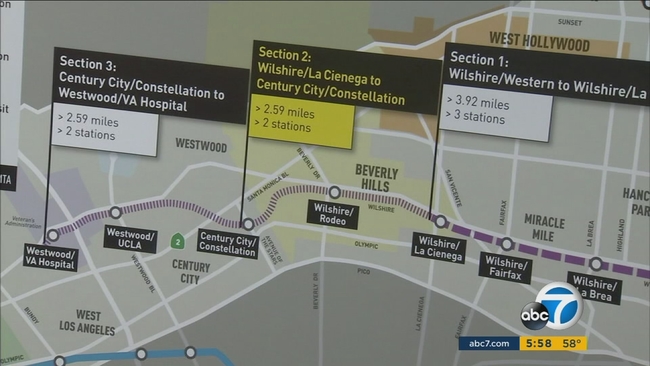