Travel hack: Check out this different way to pack your jeans before heading out of town 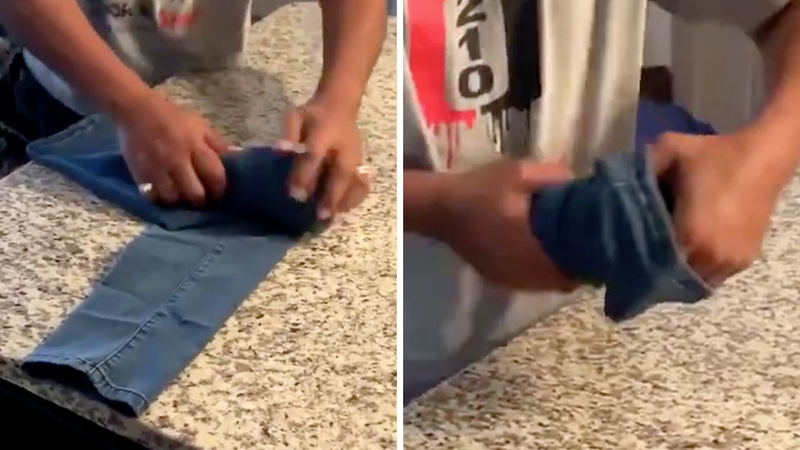 This travel hack will change how you travel with jeans

If you're heading out of town for the Memorial Day holiday, check out this space-saving, wrinkle-reducing travel hack making the rounds on social media.

It looks at first like Lampkin's stepfather is simply rolling the garments, a packing hack that's been popular for several years. But he took it a step further, rolling the jeans with one leg left exposed and the T-shirt with one armhole left out. After the trunk of the garment was rolled, he tucked it into the exposed leg/arm opening, much like how many people tuck a pair of socks together.

Commenters on Twitter were quick to point out that the folding style Lampkin's stepfather demonstrated was widely used by service members, and she followed up to say that her stepfather served in the U.S. Navy for 26 years. Others have called the rolling method and similar variations the Army roll, ranger roll, military fold and skivvy roll.

Though the style of folding might be nothing new for service members, it clearly resonated with a broader audience, amassing more than 4 million views in a matter of days. Lampkin herself pointed out that, despite her stepfather's decades of service, she had never seen clothes packed in such a manner until this week.

From traveling with food to carrying on wrapped presents, these travel tips from TSA will make it a bit easier to get around this holiday season. Wrapped presents on a plane: What to know before holiday travel
TRAVEL TIPS 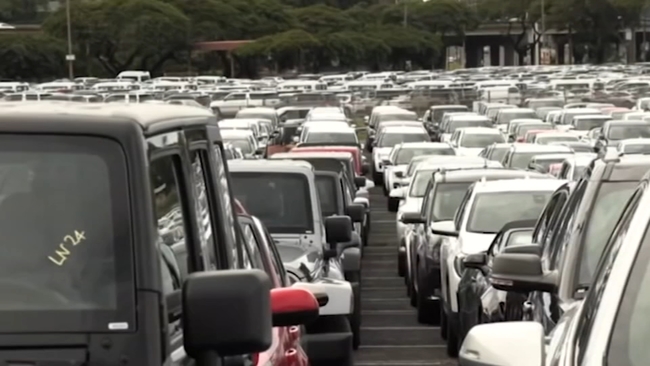