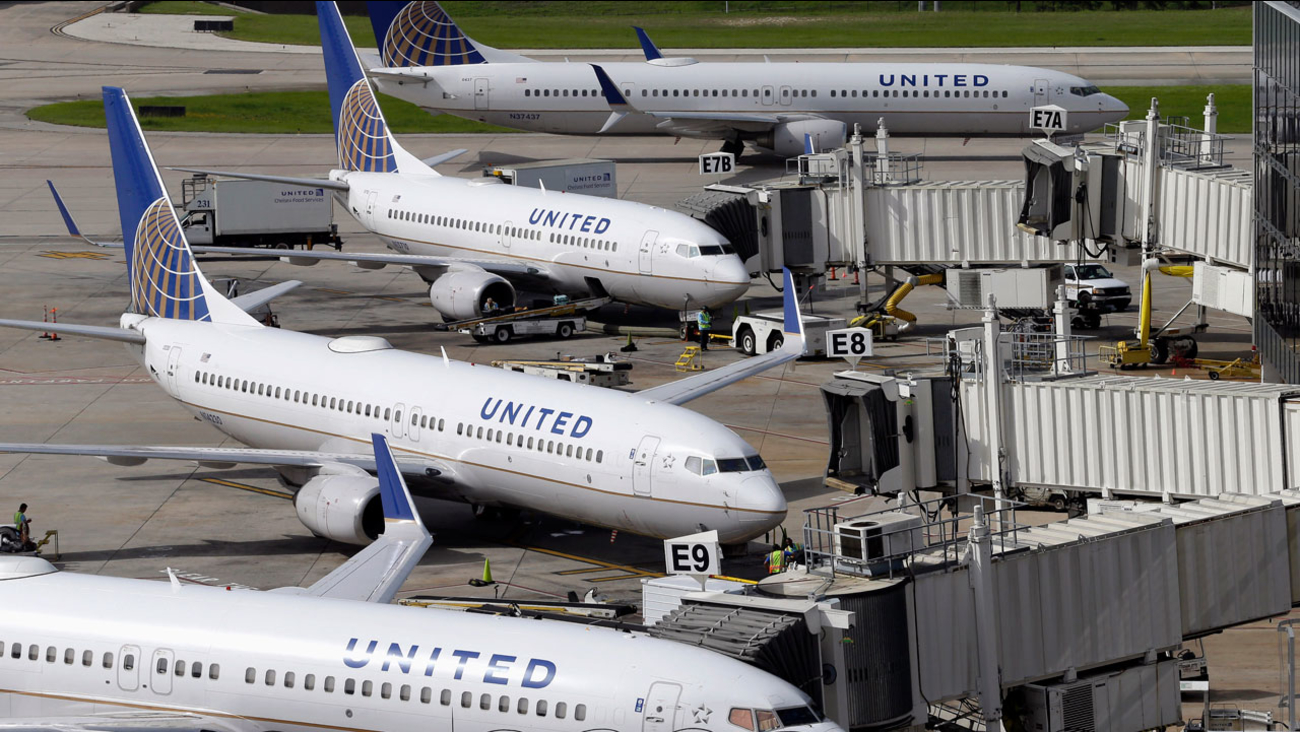 United Airlines planes are parked at their gates as another plane, top, taxis past them at George Bush Intercontinental Airport in Houston in 2008. (AP Photo/David J. Phillip, File)

UPDATE: The ground stop has been lifted. We’re working to get flights on their way. We apologize for the inconvenience to our customers.

The lift comes after a tweet from officials at about 5 p.m. PT, which stated there was an "IT problem." The airline did not give any more details, and it was not immediately clear how many flights were affected.

A ground stop is in place for domestic flights due to an IT issue. We’re working on a resolution. We apologize for the inconvenience.

"We have issued a ground stop for all domestic mainline flights due to an IT issue. We are working as quickly as possible to resolve this issue and get out customers to their final destinations. We apologize for the inconvenience to our customers."

United Airlines and United Express, based in Chicago, operate more than 4,500 flights a day to 339 airports across five continents.