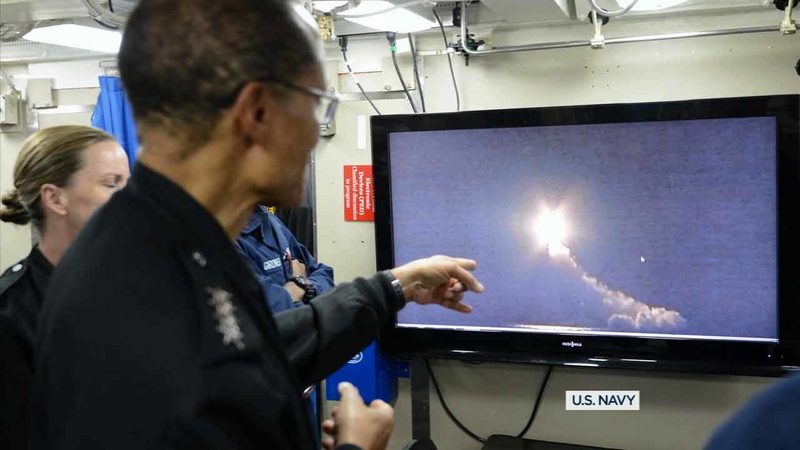 LOS ANGELES (KABC) -- New photos were released by the U.S. Navy of the unarmed Trident II D5 Missile that was launched from a ballistic missile submarine off Point Mugu Saturday night.

The photographs show the moments leading up to the launch, with military officials preparing to head out to the USS Kentucky.

Another picture shows the moment the missile was launched, as an admiral monitors a video recording on board the submarine.