3 hospitalized in near-drowning at Hollywood motel 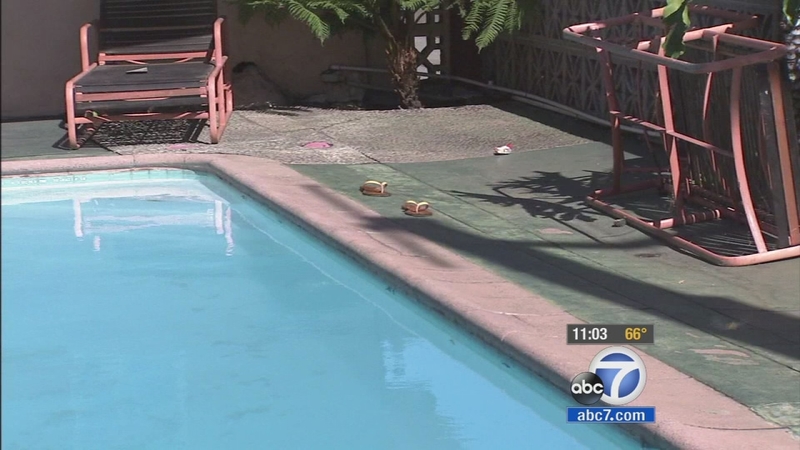 3 hospitalized in near-drowning at Hollywood motel

HOLLYWOOD (KABC) -- A mother and her two children were listed in grave condition Monday evening after being pulled from a motel pool in Hollywood.

The Los Angeles Fire Department responded to a report of a triple drowning in the 5300 block of Hollywood Boulevard at 3:34 p.m. A 36-year-old woman had jumped into the deep end of the pool after her two children became distressed. None knew how to swim.

A Good Samaritan witnessed the incident and jumped in to save the mother and two children, but all three were submerged and pulled from the pool without pulses. The man administered CPR until paramedics arrived.

All three were in full cardiac arrest, according to the fire department. The woman was transported to Hollywood Presbyterian Medical Center. The two children were transported to Children's Hospital Los Angeles.

The husband, who was staying at the motel with his family, was across the street ordering Thai food during the incident. A witness said the father raced back to the motel when he heard the emergency vehicles.

Police believe the incident was an accident. The swimming pool is 7.5-feet deep at its deepest point and is fenced in with a "no lifeguard" sign in place, according to the fire department.

The woman was reportedly wearing street clothes when she went into the pool to help the kids. Firefighters said the boy and the girl are approximately 11 and 12 years old, respectively.