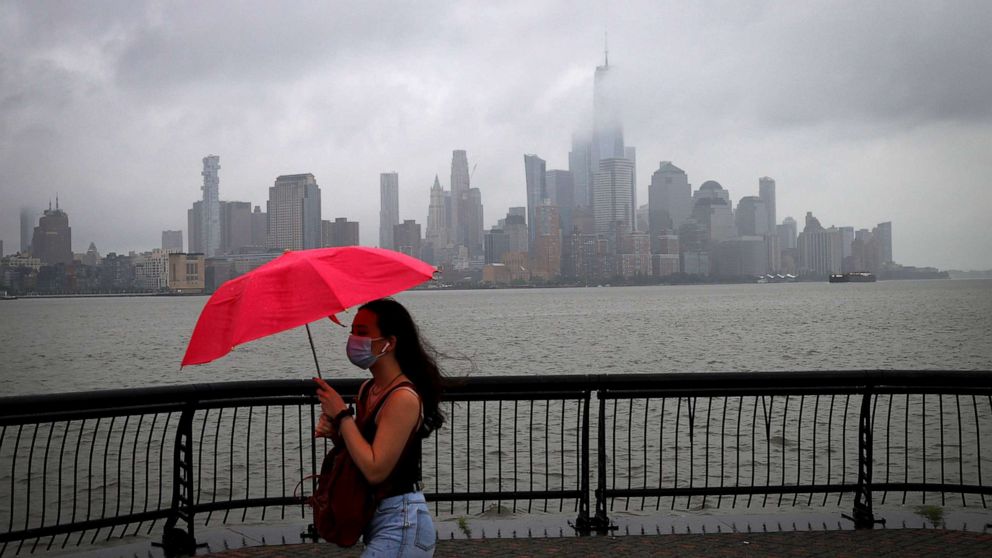 Just before 5 p.m., Fay made landfall near Atlantic City, New Jersey, with sustained winds of 50 mph.

A tropical storm warning is in effect from Fenwick Island, Delaware, up through to Watch Hill, Rhode Island. Flash flood watches remain in effect from Delaware to Massachusetts.

On Friday morning, flash flooding struck Delaware, Maryland and the New Jersey shore, where some areas are seeing as much as 6 inches of rain.

On Friday night the storm will weaken and the rain will be more scattered as Fay moves inland, heading into upstate New York and parts of New England.

Flash flooding will remain a threat.

By Saturday afternoon the remnants of Fay will move into southern Canada. However, there will be another round of showers, heavy downpours and thunderstorms impacting much of the Northeast on Saturday.

Tropical Storm Fay is already the sixth named storm of the 2020 hurricane season, which is the earliest at this point in the year ever. In 2005, the busiest hurricane season on record, the sixth named storm was recorded on July 22.
Report a correction or typo
Related topics:
abc newsnational
Copyright © 2020 ABC News Internet Ventures.
More Videos
From CNN Newsource affiliates
TOP STORIES