Trump administration expands travel ban to Nigeria and 5 other countries 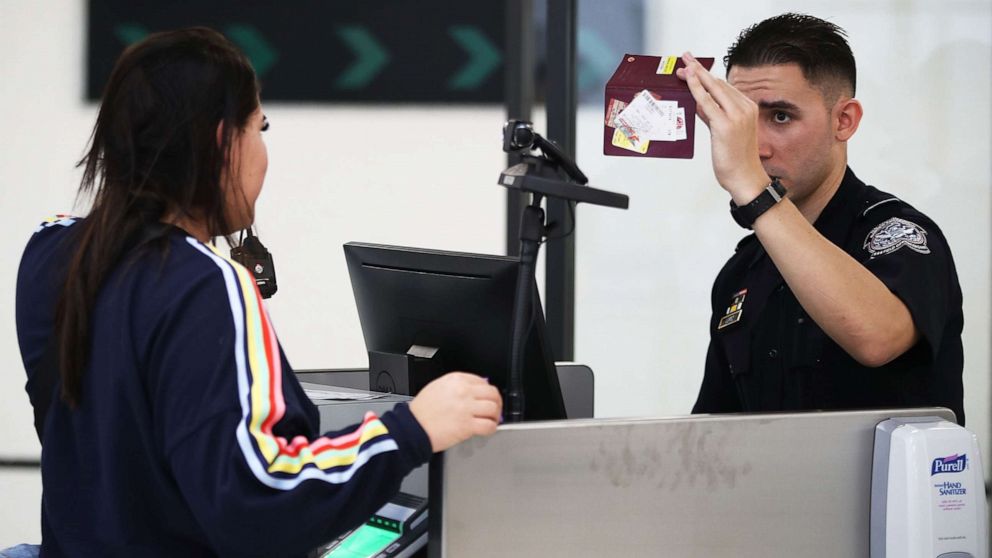 President Donald Trump on Friday signed an order to impose travel restrictions on a new group of six countries, adding to the current travel ban, according to three senior administration officials.

The U.S. will stop issuing visas for travelers seeking permanent residency from Burma, Eritrea, Kyrgyzstan, and Nigeria -- Africa's most populous country. Sudanese and Tanzanian nationals are barred from the diversity visa lottery under the new restrictions, but can still apply for other immigrant visas. The restrictions are scheduled to take effect on Feb. 22.

The senior officials, who spoke on the condition of anonymity to discuss certain details, cited national security concerns and said the countries listed don't meet U.S. standards for information sharing and document verification. The officials estimate as many as 13,000 prospective immigrants could be impacted, based on visa admission numbers from 2018.

"It seems to be more of an excuse to come out with something that looks strong rather really advancing the policy priorities of the administration," said Jeff Gorsky, former chief legal adviser in the State Department visa office.

"There is no reasonable national security or immigration control justification for this policy, other than bald-faced and unapologetic bigotry," said Frank Sharry, Executive Director of America's Voice, an immigrant rights advocacy organization.

Designated refugees, students visa holders, and those traveling for temporary business are exempt from the restrictions, administration officials said.

Trump told reporters in Davos, Switzerland, last week that plans to roll out the new restrictions were already in the works.

When Trump originally announced the travel ban in the first year of his presidency the order was met with chaos and controversy. Protests erupted at airports across the country as immigration authorities attempted to implement the abrupt stop on travelers.

Several legal challenges brought by civil rights groups resulted in modifications from the Trump administration which limited the impact and scope of the ban.

"The ban should be ended, not expanded. President Trump is doubling down on his signature anti-Muslim policy - and using the ban as a way to put even more of his prejudices into practice by excluding more communities of color," said Omar Jadwat, of the ACLU, which has fought the restrictions since 2017. "Families, universities, and businesses in the United States are paying an ever-higher price for President Trump's ignorance and racism."