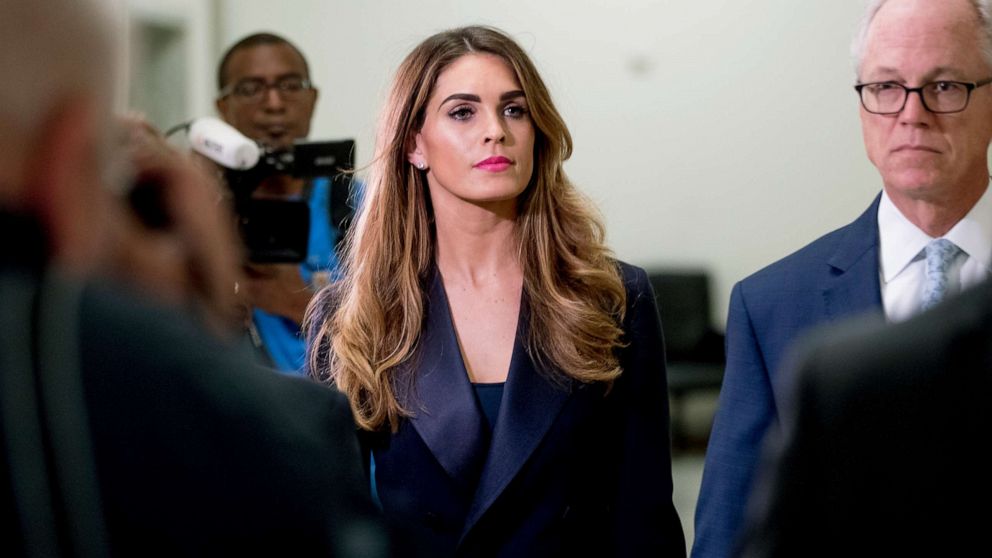 Hope Hicks, one of President Donald Trump's closest advisers, has tested positive for the coronavirus, ABC News has confirmed.

Hicks, who serves as counselor to the president and is among a tight group of advisers to the president, tested positive this week after traveling with the president on Tuesday to and from the first presidential debate on Air Force One. The president tweeted late Thursday he would go into quarantine, though it's unclear how that will affect his upcoming schedule. The White House declined to comment late Thursday.

"The First Lady and I are waiting for our test results," he wrote. "In the meantime, we will begin our quarantine process!"

Hicks was also on Marine One, the president's helicopter, when it left the White House to fly to Joint Base Andrews on Wednesday. She was seen walking to the helicopter with fellow top presidential advisers, such as Stephen Miller, Dan Scavino and Jared Kushner. None of them were wearing masks.

"The President takes the health and safety of himself and everyone who works in support of him and the American people very seriously," White House spokesperson Judd Deere told ABC News Thursday night. "White House Operations collaborates with the Physician to the President and the White House Military Office to ensure all plans and procedures incorporate current CDC guidance and best practices for limiting COVID-19 exposure to the greatest extent possible both on complex and when the President is traveling."

Sources told ABC News that Hicks is experiencing symptoms and that she tested positive on Wednesday.

Trump spoke about the news in an interview Thursday night with Sean Hannity on Fox News, saying, "She did test positive, I just heard about this."

He said that he would get the results "either tonight or tomorrow morning."

A White House official told ABC News that they did not anticipate the positive diagnosis impacting the president's upcoming travel. He is scheduled to travel to a rally in Sanford, Florida, on Friday night. He has two on Saturday in Wisconsin and ones on Monday and Tuesday in Arizona as well. ABC News has reached out for comment on whether they will proceed.

Asked if the president would quarantine as the Centers for Disease Control and Prevention guidelines suggest for Americans who come into contact with a person who has tested positive, the official said "contract tracing has been done and the appropriate notifications and recommendations have been made."

Hicks has been one of the closest advisers to Trump since the 2016 presidential campaign. She followed the president into the White House and rose to White House communications director before departing in March 2018. She took a job as head of communications for Fox Corporation, the parent company of Fox News, but the absence did not last long.

Hicks, then just 26, was chosen by Trump to be press secretary in January 2015 as he began his presidential campaign. She had been working in the press office for the Trump Corporation with Ivanka Trump at the time.