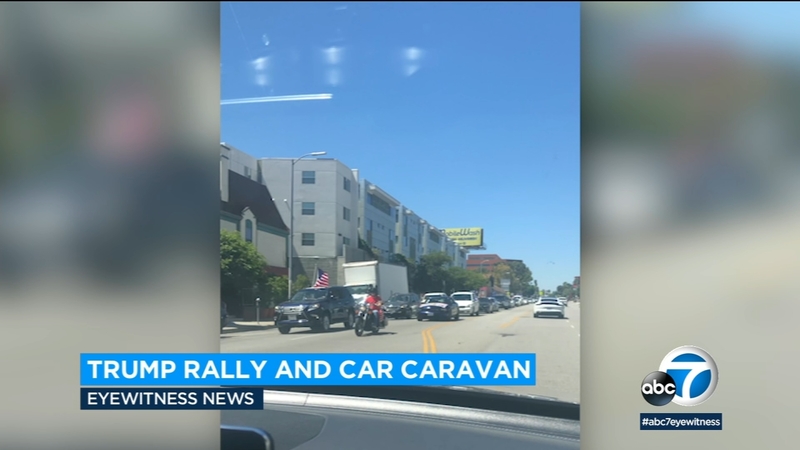 WOODLAND HILLS, LOS ANGELES (KABC) -- A rally and lengthy car caravan in support of President Donald Trump made its way from Woodland Hills to Studio City on Sunday.

The cars in the caravan stretched for miles, causing a major backup as they drove along Ventura Boulevard. Supporters were encouraged to deck their cars out with pro-Trump materials. A smaller group of people were also seen standing on the sidewalk in the area holding pro-Trump signs.

Police reported a shooting in the Woodland Hills area around the same time and three men were reported to be barricaded inside a residence. Police said it was not immediately clear if the shooting was connected to the pro-Trump event. There were no injuries reported.
Report a correction or typo
Related topics:
politicswoodland hillsstudio citysan fernando valleylos angeleslos angeles countypresident donald trumprally
Copyright © 2021 KABC-TV. All Rights Reserved.
More Videos
From CNN Newsource affiliates
TOP STORIES