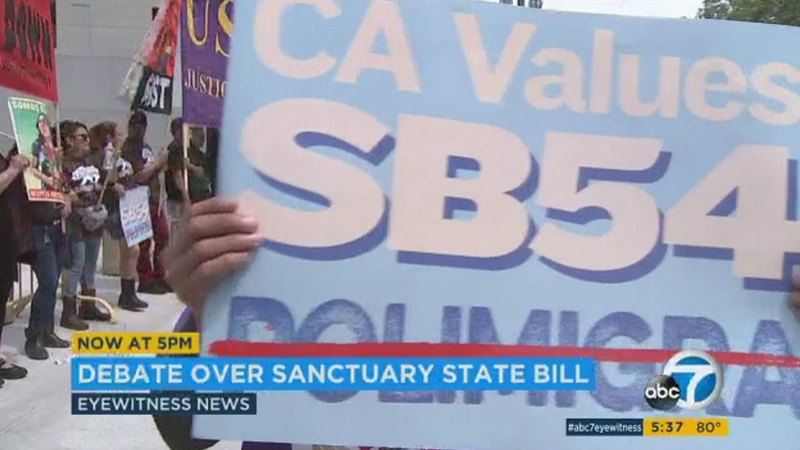 "SB 54 is not about safeguarding criminals. In fact, it will ensure that dangerous criminals will serve their full sentence in California," said de Leon.

The bill would limit how California law enforcement works with federal immigration officers when it comes to jails and prisons.

Former U.S. Attorney General Eric Holder is also pushing SB 54 even though the Trump administration has vowed to cut federal funding to agencies that refuse to share custody information with Immigration and Customs Enforcement, which Holder said is unconstitutional.

"You cannot coerce states into doing things that states don't want to do by threatening to withhold federal support," said Holder.

"We go back to pre-9/11 if we do this, where we limit communications between agencies," said McDonnell.

McDonnell said he does agree that local law enforcement shouldn't be forced to act as immigration agents, but he believes the sanctuary state bill goes too far in severing the relationship between local and federal agencies.

He added that if immigration agents can't go into jails, they'll go into local communities.

But sanctuary supporters say convicted criminals need to serve their time where the crime was committed. Many believe that deporting them doesn't work.

"This individual was not deported once, not twice or three times. He was deported 5 times," said de Leon.