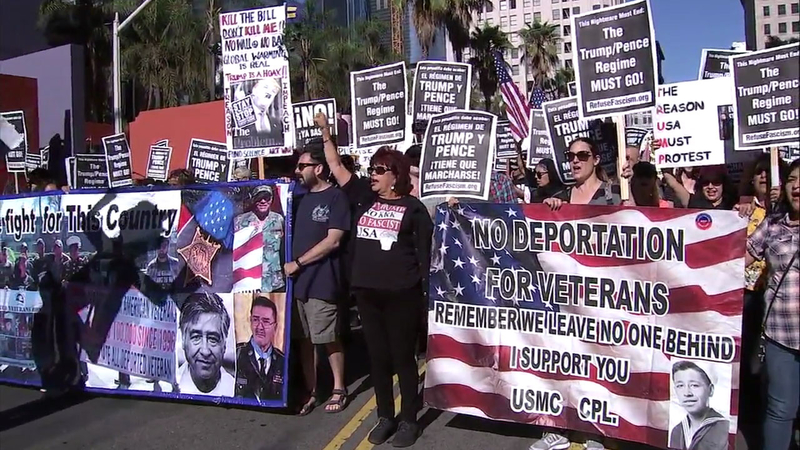 DOWNTOWN LOS ANGELES (KABC) -- People made their voices heard in downtown Los Angeles and across the nation Saturday, demonstrating against President Donald Trump and his policies.

The group Refuse Fascism held a demonstration at Pershing Square as part of an organized effort in 19 cities. The demonstration began at 1 p.m.

Group organizers said they received threats of violence from alt-right, conservative and white supremacist groups ahead of the rallies.

At the demonstrations, where nearly 2,000 people gathered, police kept the protesters separated from a smaller group of Trump supporters.

The Trump protesters said they hope the movement will help drive out his administration, while counter-protesters praised him.

Police also enforced a new city ordinance to prevent any violence between the two groups.

The L.A. City Council amended an existing ordinance Tuesday and created a list of items people are banned from bringing to protests, including shields, torches, rods, mace, glass bottles and baseball bats, in an attempt to avoid violence that has occurred in previous demonstrations across the country.