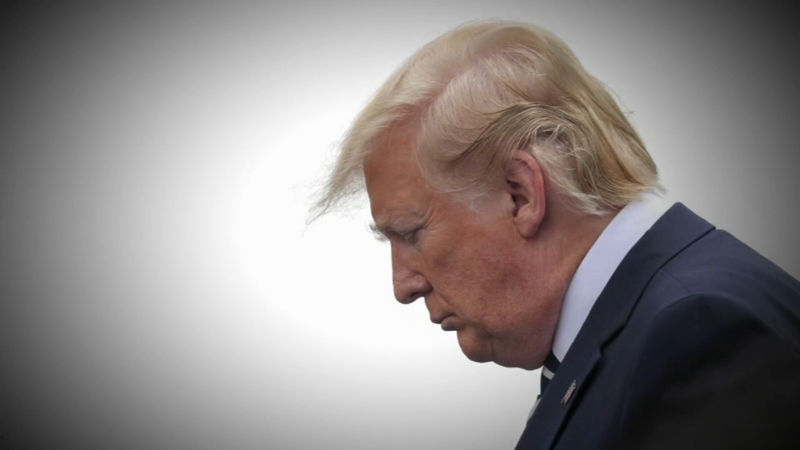 WASHINGTON -- If you get sick with Covid-19, don't expect to get the same treatment as President Donald Trump.

It may seem obvious the country's leader would receive extra attention and the best care possible. But some of the treatment he's getting isn't even available to the general public.

Before he was hospitalized Friday, Trump received Regeneron's experimental antibody therapy -- which may reduce levels of coronavirus and has shown promising results in a trial involving 275 patients.

But the treatment has not yet received emergency use authorization from the Food and Drug Administration. Biotech company Regeneron said it provided the drug after receiving a "compassionate use" request from Trump's doctors.

For most people, "getting access to not-yet-approved drugs through a compassionate use request can be a long and challenging process," the Mayo Clinic said, listing a series of requirements that most patients would need to meet.

But Trump received the therapeutic Friday, just one day after he tested positive for Covid-19, according to the White House press secretary and Trump's doctor.

"Of course, this is the President of the USA. He is going to get the kitchen sink thrown at him medically, offered all there is -- whether it's authorized under emergency use or not, in the case of the antibody treatment," epidemiologist Dr. Seema Yasmin said.

"But then there are (almost) 210,000 Americans who have died over the past few months because the pandemic response has been so bad. And they certainly didn't get access to this kind of treatment."

That's not the only advantage Trump has compared to the hundreds of thousands of other Americans who have been hospitalized with coronavirus.

In addition to the experimental antibody therapy, Trump was also given remdesivir and dexamethasone.

"The President might be the only patient on the planet ever to receive this particular combination of medicines," said Dr. Jonathan Reiner, a professor of medicine at George Washington University.

Remdesivir has not received FDA approval for the treatment of Covid-19, but it's gotten an emergency use authorization from the agency.

Clinical trials have shown that a five-day course of remdesivir can speed recovery times in some patients. But the antiviral can also cause side effects such as anemia, liver toxicity and kidney toxicity.

Remdesivir is administered by IV, so patients are typically hospitalized when getting the five-day course. But a special exception might be made for Trump, who could receive the rest of his remdesivir at the White House.

"Our hope is that we can plan for discharge as early as tomorrow to the White House, where he can continue his treatment course," one of Trump's doctors, Dr. Brian Garibaldi, said Sunday.

SEE ALSO: Trump improving from COVID-19, but not 'out of the woods' yet, doctor says
EMBED More News Videos

President Donald Trump spent his second night in the hospital as a team of doctors treats him for the coronavirus.

If Trump does get to go home soon, he will still have the White House Medical Unit, ready to attend to any medical need.

Trump has also received dexamethasone, a cheap and widely available corticosteroid that can reduce inflammation. But it also suppresses the immune system, so it's generally not recommended for Covid-19 patients, but can help in severe cases.

Some patients who have benefited from dexamethasone still die less than a month later, Reiner said.

"We know that dexamethasone does reduce the risk of mortality. That comes from data from a trial called the Recovery trial," Reiner said.

"But to show you what the stakes are, the patients in that trial who received dexamethasone and derived a benefit still had a 23% 28-day mortality rate. So almost a quarter of the patients treated with dexamethasone were dead by a month out," Reiner said.

"So the only conclusion one can make from this triple therapy is that the President's physicians feel that he's in grave danger."

While many Americans have struggled to get Covid-19 tests or test results without massive delays, Trump has been "the most tested man in America," White House press secretary Kayleigh McEnany said.

"He's tested more than anyone -- multiple times a day," McEnany said in July. (Later that same day, Trump contradicted his press secretary, saying, "I do take, probably on average, a test every two days, three days. And I don't know of any time I've taken two tests in one day. But I could see that happening.")

Trump's abundance of testing is in stark contrast to the availability for most Americans. While testing nationwide has ramped up in recent months, the White House just last week announced its plan to distribute 150 million rapid tests that was initially touted in August.

The White House has cited Trump's frequent testing as a reason why he didn't need to wear a mask in public. But health experts have said that's flawed logic.

Unlike face masks, testing provides zero protection against getting infected. And even if everyone around you got tested, some test results are actually false negatives.

Still, there are advantages to having easy access to frequent testing. After Trump's top aide Hope Hicks fell ill and tested positive last week, Trump was able to quickly get tested. And that could have allowed him to quickly isolate himself and protect others as soon as possible.

Conley first reported Saturday that Trump was "just 72 hours into the diagnosis now" -- meaning Trump would have had Covid-19 on Wednesday, the day before he traveled to New Jersey for a campaign fundraiser.

Another physician, Dr. Brian Garibaldi, said Trump was treated with an experimental antibody therapy "about 48 hours ago," which would have been midday Thursday.

After widespread concerns about that timeline and Trump's fundraising trip, Conley released a statement saying he meant to say Trump was on his third day of illness Saturday, not that he was diagnosed on Wednesday.

It's important to note Covid-19 patients who get symptoms are often more contagious before they start showing symptoms.

Emergency medicine physician Dr. Leana Wen said it's critical to know Trump's recent testing history and when he started to be contagious -- especially because other people's health is at stake, too.

"It's important for us to know for his condition, and also for the purposes of contact tracing, to safeguard the health of others around him ... not only his senior staff, but also the wait staff, the Secret Service agents, the people who attended his rallies," Wen said.

"Those people matter, too."

The lack of details about Trump's recent testing also means "we don't actually know what is the course of the President's illness because we don't know when he last tested negative," Wen said.

"If he were actually getting daily tests -- let's say he got a negative test on Wednesday and a positive test on Thursday -- then we should be alarmed by how quickly the President is progressing, how quickly his symptoms are developing," she said.

"But if in fact he had a negative test much earlier, and perhaps a positive test even earlier, too, then that course of the illness actually makes more sense."

Despite his advantages, Trump's Covid-19 battle could be lengthy

Even if Trump is deemed fit to be discharged from the hospital soon, that doesn't mean his fight with Covid-19 is over.

Some patients "seem to be doing OK initially. In fact, many of these patients may get discharged from the hospitals when they first come in," Wen said.

"But then they go home, and they return because they worsen over time. Actually the median time, from when somebody first starts getting symptoms to when they may need ICU care -- if they end up in the intensive care unit -- is 10 to 12 days," she said.

"So we should be relieved that the President is doing well for now, if that's indeed the case. But we should not be breathing a sigh of relief quite yet because there's still some time to come."