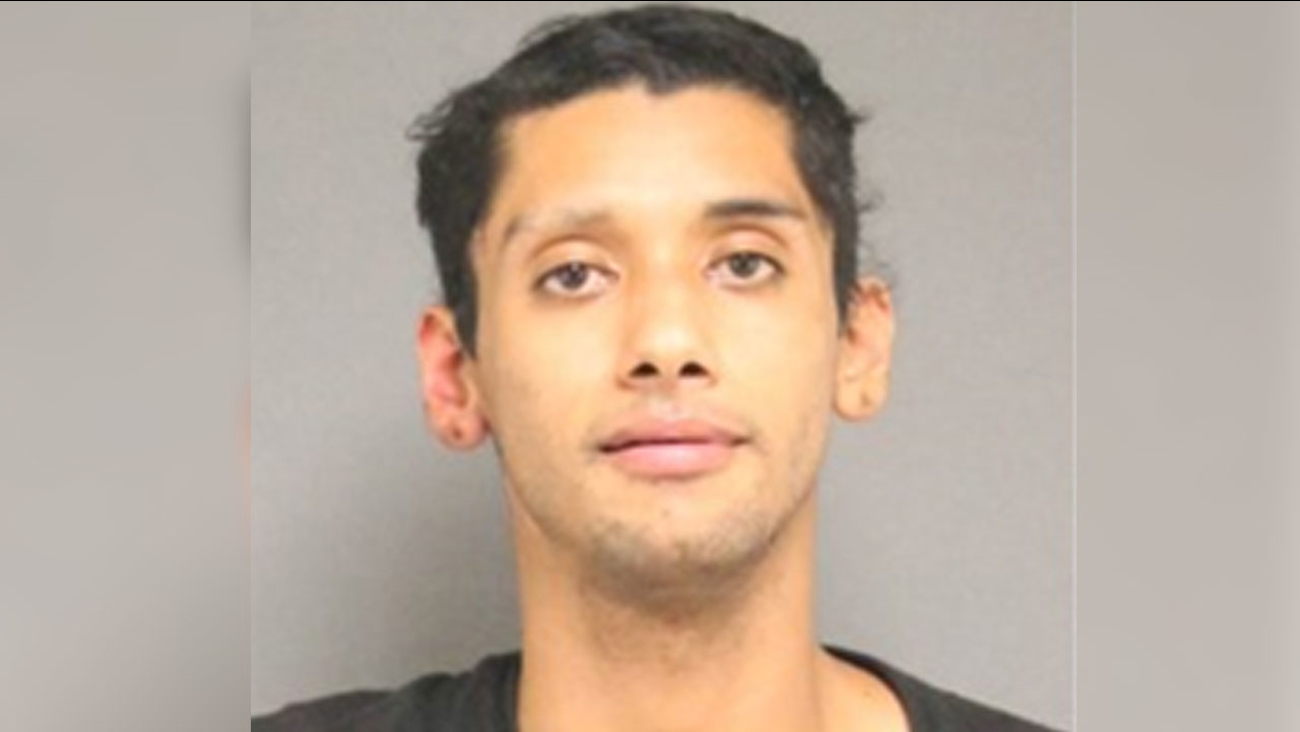 TUSTIN, Calif. (KABC) -- A 21-year-old Tustin man was arrested after allegedly trying to expose himself to a young girl inside a park bathroom on Wednesday.

Tustin police responded to Columbus Tustin Park in the 14700 block of Prospect Avenue shortly before 3:30 p.m., after receiving a call about a man in the women's restroom.

Authorities learned the suspect, later identified as Tustin resident Pedro Frias, allegedly attempted to expose himself to a juvenile girl inside the bathroom. After a brief struggle, the girl escaped and ran to her father.

The suspect fled, and the juvenile's father dialed 911.

When officers arrived on scene, they found Frias hiding behind a vehicle. He attempted to run off but was quickly apprehended and arrested without incident.

Tustin police said Frias has a prior criminal history and was on probation at the time of the arrest.

He was booked into the Orange County Jail for child molestation, attempted lewd act on a child, lewd conduct and false imprisonment.