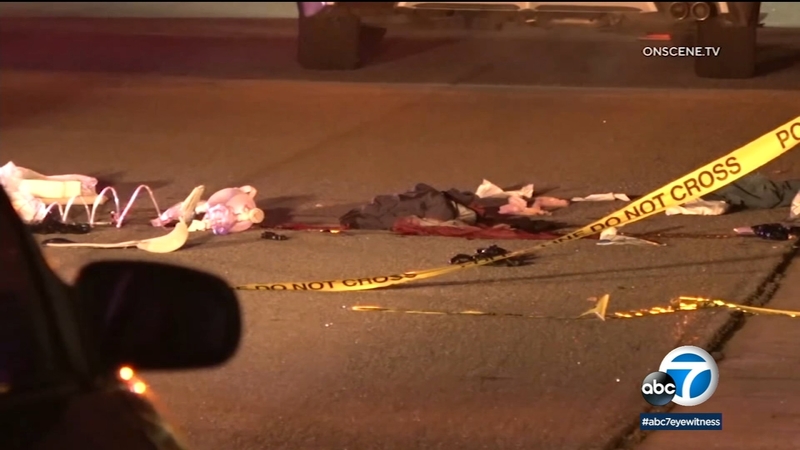 TUSTIN, Calif. (KABC) -- Police are investigating the stabbing of a man who found bleeding on a Tustin street and later died.

Tustin police responded to the intersection of Prospect Avenue near Norwood Park Place Monday at approximately 8:48 p.m. and saw the victim, 62-year-old David Nakaki, bleeding on the street, suffering from a stab wound to the upper body.

Prior to police arriving, good Samaritans saw cars swerving and drove back to discover the body.

"I went to check on him, and he was bleeding out of his mouth, so that's when I called 911 immediately," Pisith Hem said.

Police say Nakaki had been out on a walk on Prospect Avenue when someone stabbed him. He later died at a hospital.

"He was out doing his normal walk," Tustin police Lt. Andy Birozy said.

Police do not have a motive.

Birozy said the attack is out of the ordinary for the Tustin community.

"Tustin and especially this area is not known for any type of violent crime," he said.

Police are reviewing surveillance video from nearby homes in an effort to track down the suspect.