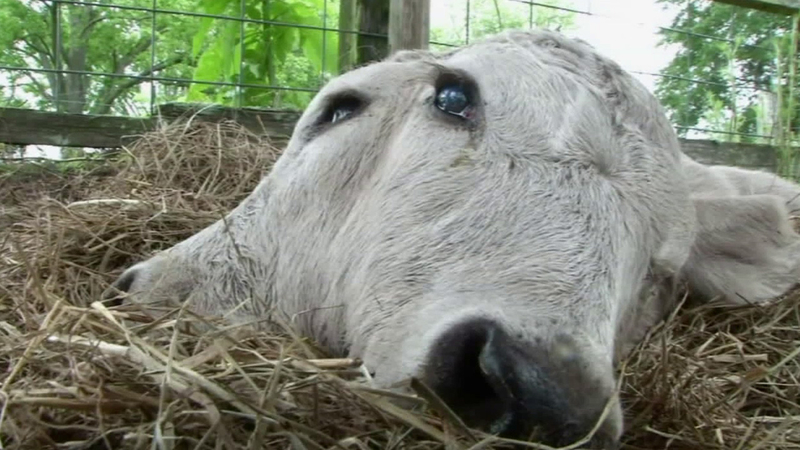 BAKER COUNTY, Fla. -- A Florida dairy farmer got the surprise of a lifetime when one of his cows gave birth to a very unusual bundle of joy: a two-headed calf.

Dwight Crews said he found the newborn, which his family later named Annabel, in a field on Sunday. His family has been raising cattle for 60 years, but Crews says no one has ever seen anything like this.

"A two-headed calf! I cannot believe it," Crews said. "I've heard of them, but I've never seen one. This is my first one."

The female calf has two sets of eyes, but Crews says he doesn't think the two middle eyes are seeing anything.

Annabel is being bottle-fed right now because she struggles to lift her heavy head, but Crews says her mom is never too far away.

"She will come in and lick her, smell her and make sure she's OK, I guess, and then she'll go back out and she'll stay gone for a while and then she'll come back again," Crews said.