Woman finds two-headed snake in her sunroom, helps find it a forever home 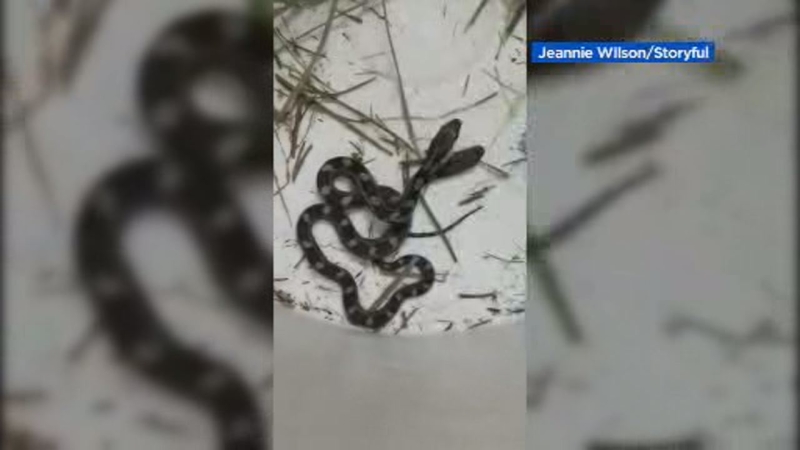 Wilson was cleaning up after a family game night several weeks ago.

She told Storyful, "I saw something in the corner of my eye, and I said, 'Lord that's a snake!'"

Upon further inspection, Wilson realized the baby rat snake had two heads. She named it Double Trouble and brought it to the Catawba Science Center where it could be put on display.

She also posted a video of the snake on Facebook.

Wilson said several days later, she got a message from a snake wrangler, who said he wanted to buy the snake for his son.

She returned to the science center to get the snake back, and then she delivered it to its new owner.