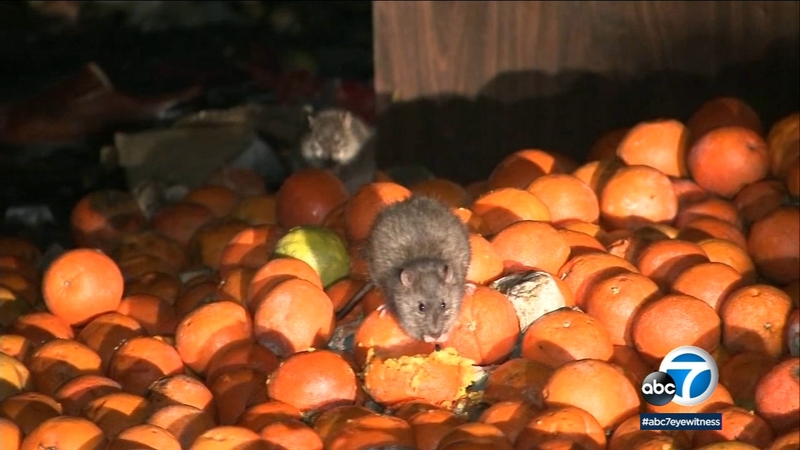 LOS ANGELES (KABC) -- Amid a typhus outbreak in downtown Los Angeles, the City Council on Friday fast-tracked a plan to tackle an infestation of rats and fleas at City Hall.

At least one employee who works at City Hall is believed to have contracted typhus. Public health officials have reported a recent outbreak of the disease on downtown's Skid Row, with 19 cases documented in downtown LA since October.

City officials are looking at bringing in rodent control experts and are considering whether to tear out the carpets at City Hall and City Hall East.

The council voted 12-0, bypassing the normal committee review process, to have the city's Department of General Services move forward with a plan to study and address the rat problem at City Hall. The department already has inspectors going floor by floor looking for evidence of rodents and fleas.

If they find a problem, they will act immediately. They will be using a flea killer after work hours that is non-toxic and is safe to reoccupy the building after four hours.

Some city officials believe demolition at the former police headquarters Parker Center has led to an increase of rats at City Hall.

Others note that the city has seen an increase in the homeless population downtown.

"We lost control over the homeless trash and encampment issue and if we can't protect our own staff from this medieval disease, then we should all pack up and go home," said City Councilman Joe Buscaino.