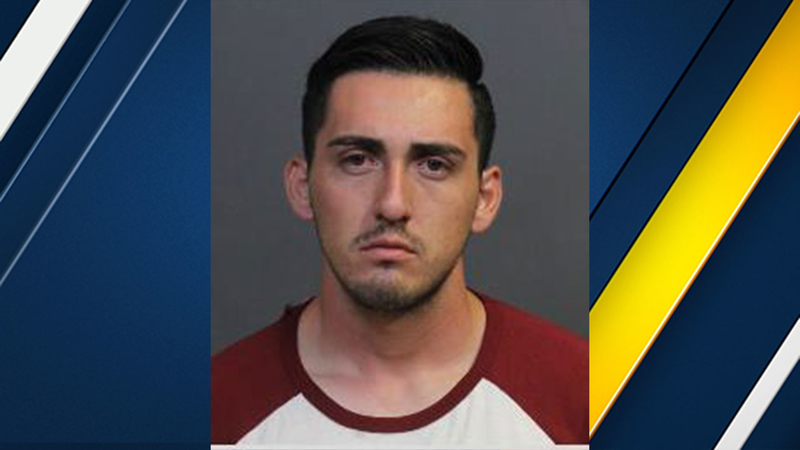 COSTA MESA, Calif. (KABC) -- An Uber driver who was driving three female passengers in Orange County was stopped and arrested early Monday after police say they found drugs and a knife on him.

Ramon Iribe, 23, was pulled over by Costa Mesa police on a traffic stop at 2:30 a.m. in the 400 block of Fair Drive. The officer discovered Iribe had an outstanding arrest warrant.

He was arrested and officers say they also found a concealed knife, methamphetamine and drug paraphernalia and several Xanax bars.

The three women he was driving in his 2013 Nissan Maxima were released without incident.