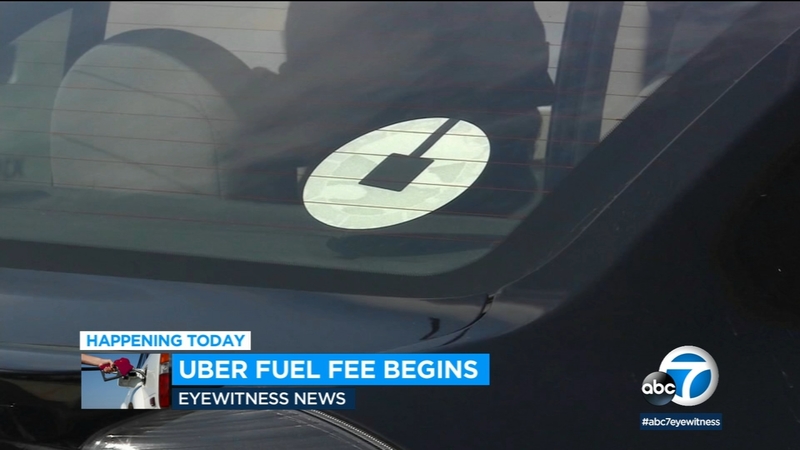 The surcharge will be in effect for at least two months, after which Uber said it will assess the situation.

The surcharges are based on the average trip distance and the increase in gas prices in each state, Uber said.

With fuel prices driving upwards, rideshare drivers are being forced into a tough position.

As Russia's war in Ukraine has intensified, U.S. gas prices have reached record levels. The average price of gasoline in the U.S. hit a record $4.17 a gallon this week as President Joe Biden banned imports of Russian oil, gas and coal in retaliation for the invasion of Ukraine.

In Los Angeles County, the average price for a gallon of gas was $5.87 on Wednesday. That's a four-cent jump from Tuesday and the 22nd increase in as many days.