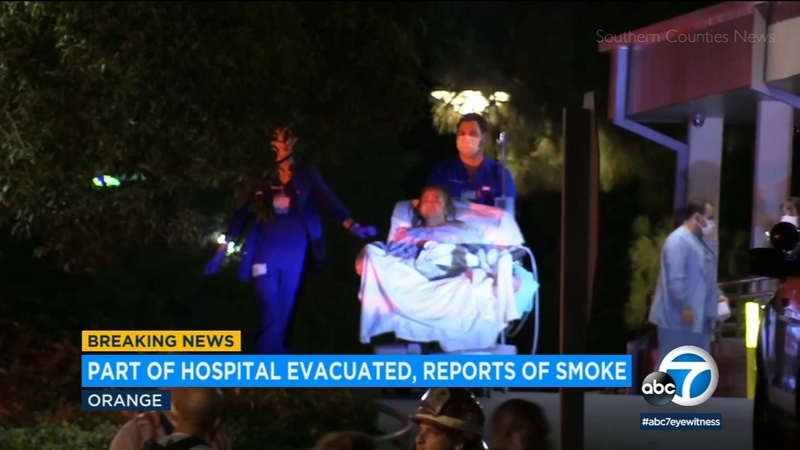 UCI Medical Center in Orange evacuated after reports of smoke

ORANGE, Calif. (KABC) -- A portion of UC Irvine Medical Center in Orange was evacuated after reports of smoke in the hospital Tuesday morning.

Metro Cities Fire Authority responded to 101 The City Drive South just after 2 a.m. as police were also on scene.

A hospital official said 75 people were evacuated from the emergency department, and some were placed in another building on site.

Video showed multiple patients accompanied by medical workers being removed from the area - some in their hospital beds and wheelchairs.

Officials said the incident occurred after a vacuum pump leaking oil caused smoke to build up.

The hospital originally had people shelter-in-place.

It was not immediately known when people would be let back in the hospital.

No injuries were reported and there was no structural damage.