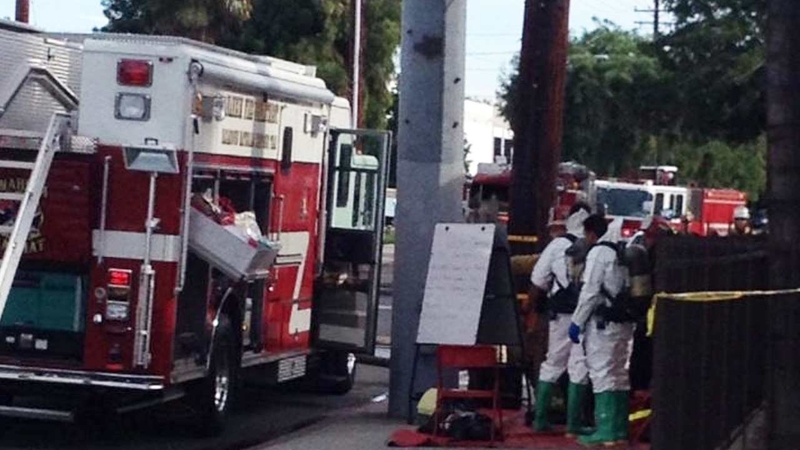 5 sent to hospital after chemical spill at Anaheim school

ANAHEIM, Calif. (KABC) -- Five people were transported to the hospital following a chemical spill at the UEI College campus in Anaheim.

Anaheim Fire Department authorities said a UEI College worker spilled a cleaning agent on Monday. Officials said the worker cleaned up the mess before people arrived on campus, but many people still complained of a chemical smell.

A box of rags used to clean up the spill was removed.

Those who were transported to the hospital complained of watery eyes and nausea. Their injuries were not considered life-threatening.

About 100 students were evacuated. Classes were canceled Tuesday due to the incident.