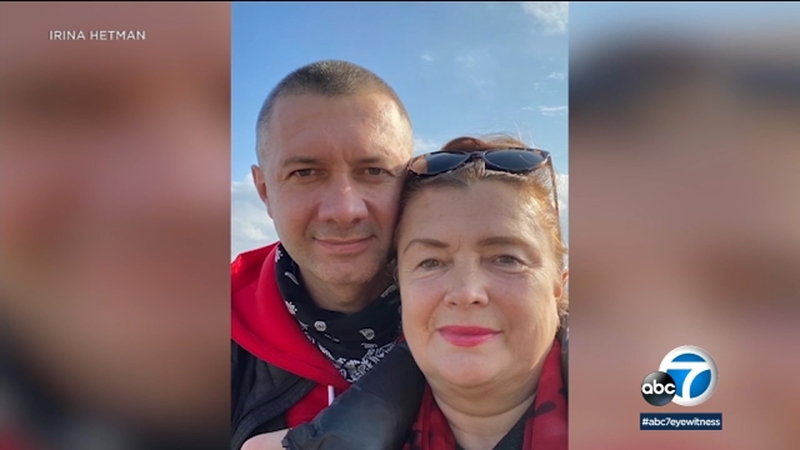 LOS ANGELES (KABC) -- Southern California has one of the largest Ukrainian populations in the United States and they have been watching in anguish with a war now underway halfway around the world.

Many among Los Angeles' Ukrainian community have turned to Saint Volodymyr Church in East Hollywood to find hope.

"We pray to him because this gives us faith. It gives us confidence, it builds our confidence to remember that we are not in this alone," said Pastor Vacile Sauciur, as news emerged Wednesday evening of Russian President Vladimir Putin's decision to take military action against Ukraine.

Putin cast aside international condemnation and sanctions and warned other countries that any attempt to interfere would lead to "consequences you have never seen."

It's a question that Irina Hetman finds herself asking every day. Her 38-year-old son serves in the Ukrainian armed forces and is based in the country's eastern region now under attack.

She spoke with him Wednesday morning.

Her son has an 8-year-old daughter. They were all reunited about a month ago, and among the many unknowns is when they'll see each other again.

"I would like to go to Ukraine and be close to my son. But right now, I don't know what I can do," she said.

Hetman moved to Southern California five years ago and has another son who lives on the east coast.

She said she asked her son in Ukraine to move here with her instead of joining the army, but he said defending his country is something he feels he needs to do.