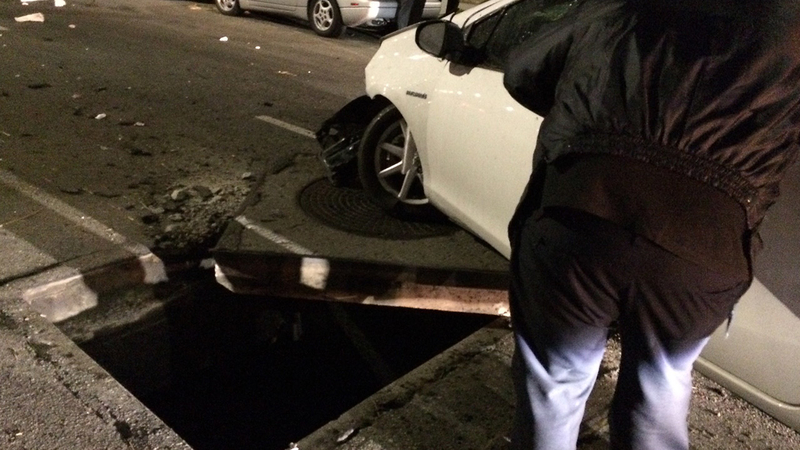 Eyewitness News viewer Phillip Castro said a sudden explosion pushed a manhole cover into the bottom of a Toyota Prius and caused the car to fly about 5 to 6 feet in the air.

"It was a really violent crash. The back of his car went airborne and came crashing down," Castro said.

The wreckage of a car crash reportedly caused by an underground vault explosion in Van Nuys is shown on Thursday, Jan. 8, 2015.

The driver of the Prius said all he remembers is waking up about 20 minutes after the blast lying on the street and seeing a crowd surrounding him. He was released from the hospital and did not suffer any serious injuries.