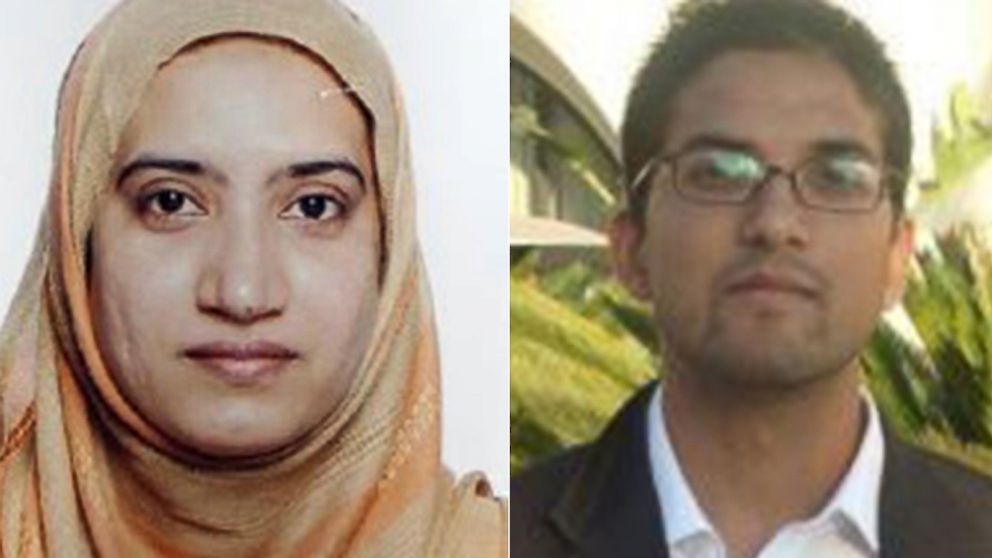 In December 2015, Syed Farook and his wife went on a terrorism killing spree in San Bernardino, California, that only ended after a blazing gun battle with law enforcement.

One of the key sources of evidence was the suspect's Iphone. When the Federal Bureau of Investigation (FBI) attempted to access the device, they were thwarted by its encryption software.

They turned to Apple and were rebuffed -- with Apple citing the need to protect the privacy concerns of its customers. The U.S. Department of Justice (DOJ) asked a federal court to force Apple to comply with the FBI request, but given the exigent nature of the fast-moving terror probe, the feds ultimately turned to a still unidentified third party outside of government to gain access to the phone's contents, ending the legal showdown.

But it sparked an emotional nationwide debate around court-ordered law enforcement access to digital data and the technology companies' right to protect consumers' privacy -- which continues, unresolved, today.

In 2018, the Center for Strategic and International Studies (CSIS) released a report which concluded that in the previous year, U.S. law enforcement agencies made more than 130,000 requests for access to digital evidence from six of largest technologies companies in the world alone. The requests were sent to companies like Facebook, Twitter, Apple, Microsoft, Verizon Communications media unit Oath and Google.

With the expansion of digital platforms, the report found that law enforcement requests for data access had "significantly increased over time." In 2016, law enforcement sent roughly 110,000 requests; the year before that, companies only saw around 96,000.

Microsoft has argued that data stored on a company server in another country exempts it from an obligation to cooperate with a U.S. law enforcement request for the data.

Last year, Apple updated its software to disable the Lightning port on the bottom of its iPhones one hour after a user locks the phone, preventing a common workaround that law enforcement had used to break into iPhones to access data in the course of criminal investigations, according to the Washington Post.

"We're constantly strengthening the security protections in every Apple product to help customers defend against hackers, identity thieves and intrusions into their personal data," Apple said in a statement announcing the update, the Post reported. "We have the greatest respect for law enforcement, and we don't design our security improvements to frustrate their efforts to do their jobs."

And last fall, a New Hampshire judge ordered Amazon to turn over recordings from an Echo smart speaker in a home where a double murder took place, according to Vox.

In a statement to Vox, Amazon said it won't "release customer information without a valid and binding legal demand properly served on us" and that "Amazon objects to overbroad or otherwise inappropriate demands as a matter of course." It didn't comment on whether the company will hand over the data once it's served a motion, or if it will challenge the ruling and the status of the Court Ordered request is still unclear. To date, the status the case of the order remains unclear.

Yet in another, similar case in which a judge ordered Amazon to turn over recordings from one of its smart speakers, attorneys for Amazon resisted, writing that ""Given the important First Amendment and privacy implications at stake, the warrant should be quashed unless the Court finds that the State has met its heightened burden for compelled production of such materials." In March, 2017, the tech giant ultimately complied with the order after the defendant consented to the disclosure.

In addition to their desire to protect their customers' privacy, the tech community in Silicon Valley has maintained an uneasy relationship with the U.S. government ever since it was revealed by Edward Snowden in 2013 that the U.S. National Security Administration (NSA) had surreptitiously hacked into their systems to gain unfettered access to their data storage systems.

For law enforcement, access to this information in a timely fashion is critical to stopping and solving crimes. Often these investigations are time sensitive -- kidnapped children, trafficked humans or murder and the ability to access this information is paramount to solving a case.

While this debate continues, Americans have also watched as multiple data breaches have penetrated the defenses of databases maintained by the U.S. government and large corporations alike.

Widespread data breaches and this concern for privacy have prompted Congress to find unusual bi-partisan support to further enhance privacy protections. Several members, on both sides of the political aisle, have proposed legislation to "modernize" the U.S. data privacy rules. These include proposed reforms to the Electronic Communications Privacy Act (ECPA) of 1986 -- which, if it had been enacted, would of codified a requirement for a court-ordered search warrant for any type of electronic data, including the subscriber information for a phone number, which had previously been obtainable with an issued subpoena.

In the CSIS report, a survey of law enforcement officials on the federal, state, and local level all indicated that their top challenge was accessing data from service providers -- much of which is not encrypted -- through their respective legal processes.

The report also states that "digital evidence will only grow in importance as more of our lives move online and connected devices proliferate."

"As the world changes," the report continued, "law enforcement's capabilities and authorities will need to evolve to keep up, and the relationship between law enforcement and major service providers will become ever more essential to protect the rule of law and public safety, as well as privacy and civil liberties."

Richard Frankel is an ABC News contributor and retired FBI special agent who was the special agent in charge of the FBI's Newark Division and prior to that, the FBI's NY Joint Terrorism Task force. He is currently the Vice President of Investigation for T&M Protection Resources.