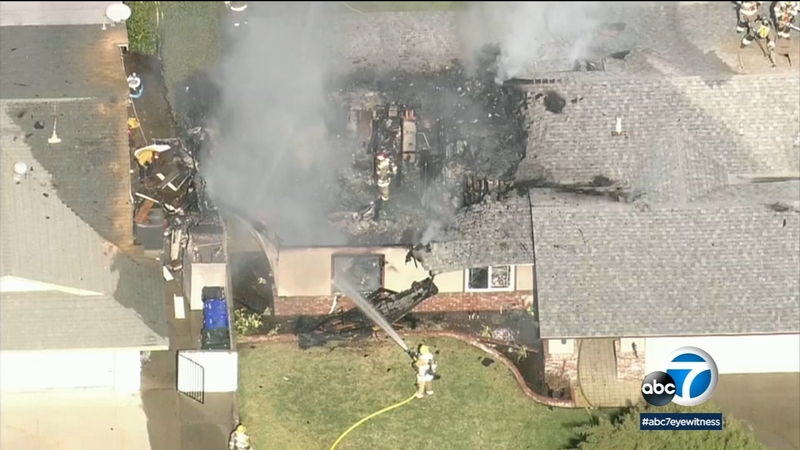 UPLAND, Calif. (KABC) -- The man who was inside an Upland home with his son when a single-engine plane crashed into it, sparking a massive fire, is speaking out.

Matthew Tonello says he heard a big bang and saw flames when the Cirrus ST-22 slammed into the home on Overland Court Thursday morning, shaking the entire structure. Both he and his son narrowly escaped any injuries.

"As soon as it hit, I dropped to the ground... and immediately ran to my son, picked him off the couch and ran without thinking, just constantly telling him that it'll be okay," Tonello said.

The plane hit the master bedroom, where Tonello added he and his son would normally be napping at the time the aircraft made impact. Thankfully, he said, his wife and two daughters weren't home at the time.

"I think it's just an act of mercy that they were in the opposite end of the house," said Anne Burdette who lives next door. The east side of her home was damaged by the crash.

Meanwhile, the National Transportation Safety Board is investigating the cause of the crash, which left the pilot, believed to be the only person on board, dead.