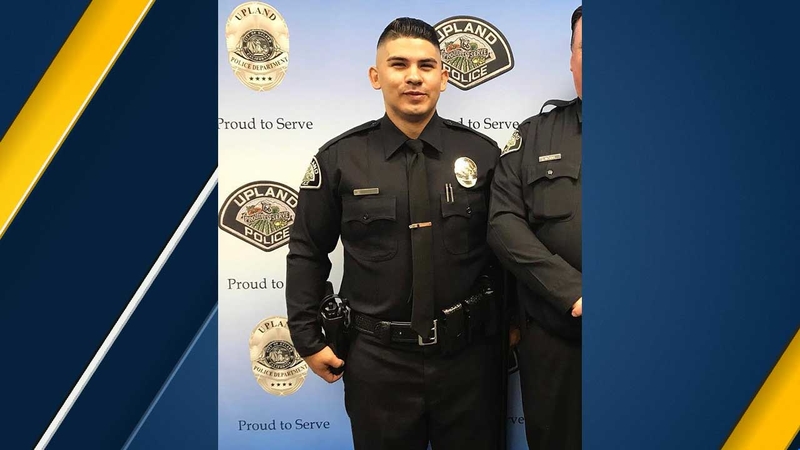 A former Upland Police Department officer was arrested Saturday on suspicion of sexual assault shortly after being fired from his job with the agency, authorities said.

In a statement released Tuesday, the Pomona Police Department said 31-year-old Joshua Duarte was booked at that city's jail after being taken into custody in Upland.

"At this time, Pomona police investigators believe this to be an isolated incident with no additional victims," the news release said.

In an email, Upland Police Chief Darren Goodman described Duarte as a probationary officer who was "released from employment" Jan. 11 "for failure to meet the standards and expectations of an officer for the Upland Police Department."

Duarte had been employed with the department since August and was still in his probationary period.

The alleged sexual assault occurred while Duarte was off duty, Goodman said.

Duarte was seen getting into his car and driving away from the Upland police station Tuesday after several officers handed him a box with his belongings.

The case has been submitted to the Los Angeles County district attorney's office, officials said.