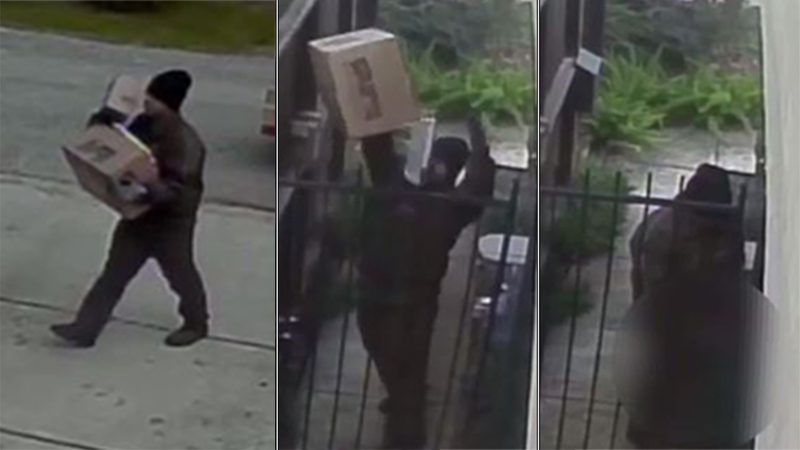 HOUSTON -- A UPS worker was caught on security video tossing packages over a fence and then urinating on the side of a home.

Laureen Lucas said her security cameras caught the incident back on Jan. 8. The footage shows the worker drive up to the house on a golf cart pulling a trailer full of packages. The worker is seen tossing packages over the homeowner's fence. Video shows at least one of the packages burst open when it hit the ground.

But the worker's bad behavior doesn't stop there. The security video then appears to show the worker look around, unzip his pants and begin to urinate on the side of the house.

Lucas says her husband contacted UPS, and claims they told him they didn't need to see the video. He then posted it to his YouTube account.

Last night, UPS released the following statement in response to the video:

"UPS was dismayed by actions that violated decency and delivery care. The local management team did take action to terminate the individual who was a seasonal delivery helper. However, they were wrong if they did not clarify this resolution with Mr. Lucas at the time. UPS sincerely apologizes to our customer. No behavior like this is acceptable."