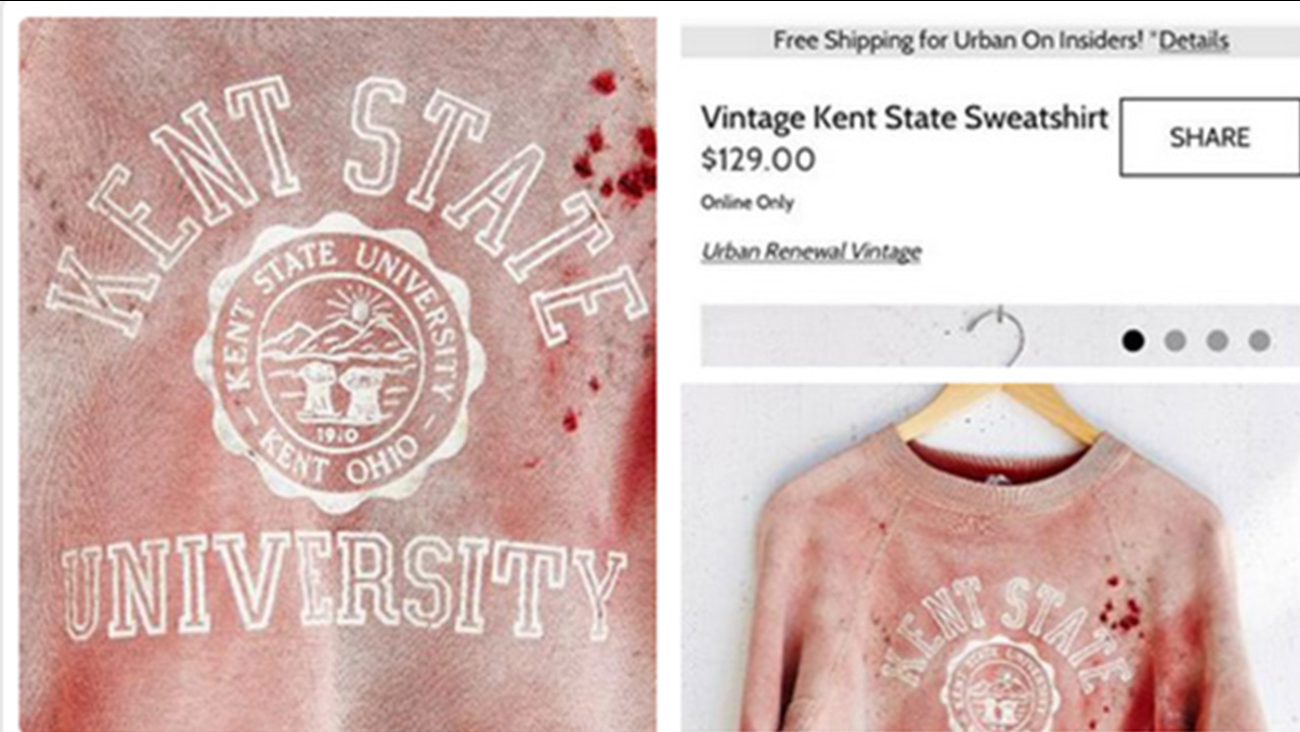 The Urban Outfitters sweatshirt, captured here by a Twitter user, has been criticized over being insensitive to the Kent State shootings of May 1970. (imbeccable / Twitter)

Urban Outfitters, the major clothing retailer with over 400 stores under its banner, is feeling heat on social media after offering a "vintage" sweatshirt that hearkened memories of the vicious Kent State school shootings in 1970.

The item was featured at Urban Outfitters store online with a price of $129.00. Titled as "Vintage Kent State Sweatshirt," the clothing item is colored a faded pink, with splotches of what appear to be blood or a similar substance near the left sleeve area. 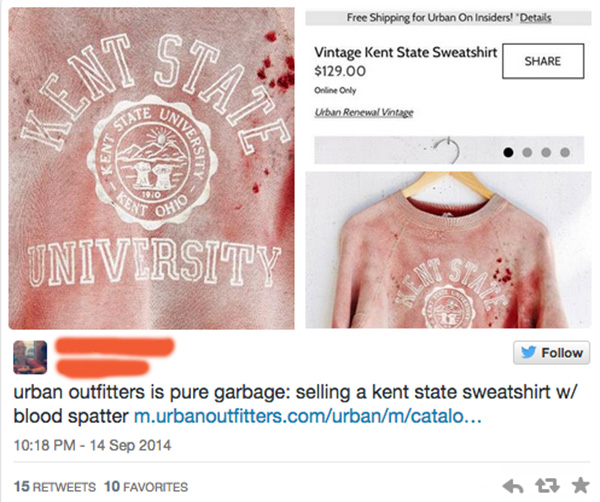 The sweatshirt though appeared on eBay with a starting bid of $550. That posting has now been taken down off of eBay, but the description that appeared for the listing is below.

"I ordered it and am waiting myself, as soon as it arrives, I'll ship it to you. Perfect for Halloween or whatever your deal is.

Also; I'm gonna give 50% of the profit to The Southern Poverty Law Center, who protect those who cannot protect themselves, often those who are victims of police brutality."

After the sweatshirt rushed in a flood of online criticism, Urban Outfitters issued the following statement from their Twitter account. 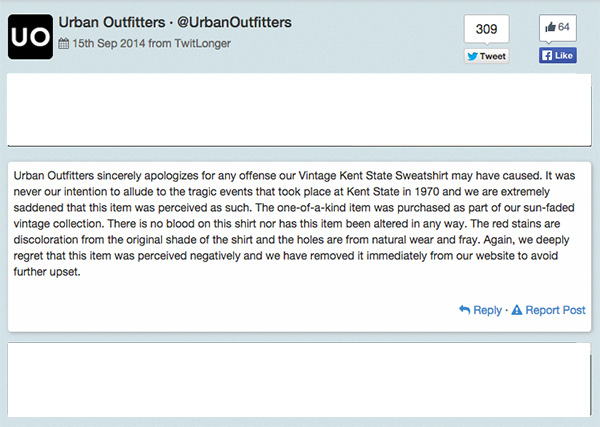 However, many social media users didn't feel the clothing retailer's apology was genuine. 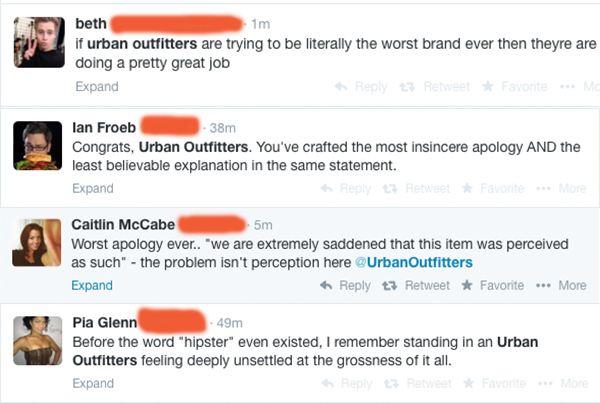 Kent State University even issued their own statement on the Urban Outfitters controversy on Monday.

May 4, 1970, was a watershed moment for the country and especially the Kent State family. We lost four students that day while nine others were wounded and countless others were changed forever.

We take great offense to a company using our pain for their publicity and profit. This item is beyond poor taste and trivializes a loss of life that still hurts the Kent State community today.

We invite the leaders of this company as well as anyone who invested in this item to tour our May 4 Visitors Center, which opened two years ago, to gain perspective on what happened 44 years ago and apply its meaning to the future.


Urban Outfitters isn't the only clothing retailer to suffer a fashion faux pas in recent memory. In August, Zara came under fire when they offered a children's shirt that appeared to look like a uniform a concentration camp victim would wear during the Holocaust.