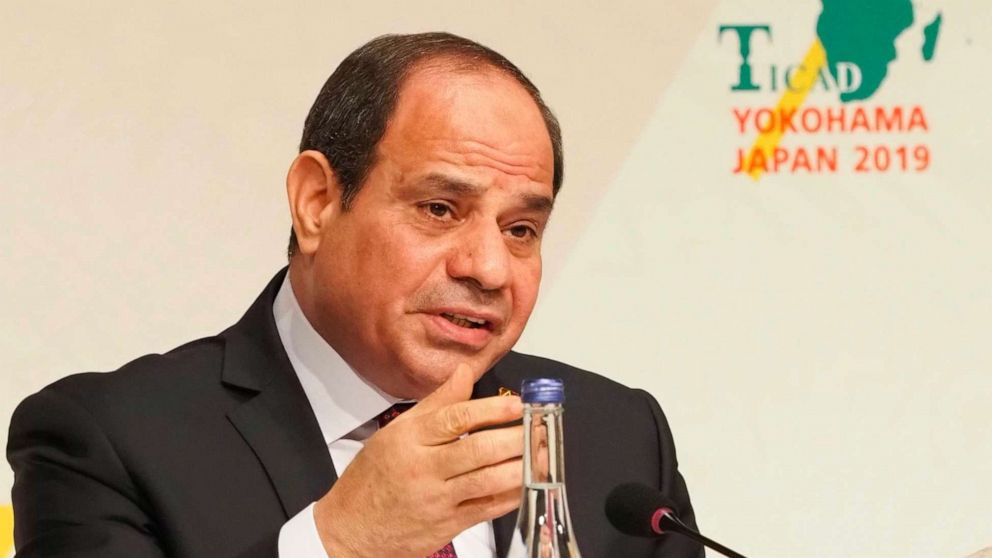 Wael Ghonim, a United States-based activist who was behind a Facebook page that helped ignite a popular uprising in Egypt in 2011, said his brother was arrested at his family's home in Cairo on Thursday.

Hazem Ghonim, who Wael said is an apolitical dentist, was taken away by security forces to make his elder brother stop posting live videos that have fiercely criticized Egyptian leadership over the past week, the former Google executive said.

He also pleaded with President Donald Trump to intervene and help free his brother, before launching a #savehazem Twitter hashtag that has quickly trended in Egypt.

"My brother has been kidnapped by the Egyptian regime ... I received a threat yesterday from the Embassy in Washington and when I rejected their offer. My brother got arrested. I am not going to back out. Please help me deal with those thugs," Ghonim wrote.

"Hey @realDonaldTrump, @alsisiofficial kidnapped my brother in Cairo after I rejected a threat from the embassy next to your white house," he wrote in another tweet. "The authorities threatened my father (after they arrested my brother Hazem Ghonim to stop me from speaking up). They took my family members cellphones and broke into my mom bedroom and destroyed her belongings and took their passports."

Abandoning his usual calm and soft-spoken demeanor, Ghonim has in the past week released a series of profanity-laced videos to attack the regime, which he described as oppressive. He also called for the release of political prisoners and launched tirades against the Muslim Brotherhood group, which was outlawed and forced underground again after late Islamist President Mohamed Morsi was toppled by the military in mid-2013.

Appearing with a shaven-head, Ghonim, who lives in a self-imposed exile in California, said he needed to vent his anger and admitted having suicidal thoughts in the past three years, although he said he has now found his inner peace.

Ghonim is an Egyptian citizen, but is married to an American.

Egypt has recently shown signs of being increasingly wary of the impact of social media after construction contractor Mohamed Ali, who said he has worked with the military for more than 15 years, posted a series of videos that accused army leaders of corruption. The videos, posted after Ali fled to Spain, went viral on Facebook.

Acknowledging that he was asked by security apparatuses not to address the issue, Egyptian President Abdel-Fattah El-Sisi publicly responded to Ali's accusations in a conference last Saturday, saying they were "sheer lies."

Stopping short of mentioning Ali by name, Sisi accused him of attempting to undermine the people's confidence in the army.

"The army is a ... very sensitive institution toward any inadequate behavior, especially if it was attributed to its leaders," Sisi said.

The Cairo conference where Sisi spoke was organized to warn about what the state called the "dangers of social media." Facebook and Twitter have returned to the forefront of Egyptian politics in the same way they did in the build-up to the 2011 uprising that unseated autocratic leader Hosni Mubarak.

Ali has openly called for the overthrow of Sisi and urged people to demonstrate against him on Friday, launching an #enough_Sisi hashtag that topped trends in Egypt for a day. Counter hashtags supporting Sisi also appeared, marking a social media war.

However, with Egypt placing severe restrictions on demonstrations, it remains to be seen whether Ali's calls will be heeded.

Sisi has launched a fierce crackdown on opponents from across the political spectrum since he was elected president in 2014. He won another term last year and recent constitutional amendments mean he can retain power until 2030.

Critics accuse Sisi of stifling dissent while supporters say tough security measures are needed to stabilize a country that has been suffering from economic hardships because of political upheavals in 2011 and 2013.
Report a correction or typo
Related topics:
abc newsnational
Copyright © 2020 ABC News Internet Ventures.
More Videos
From CNN Newsource affiliates
TOP STORIES