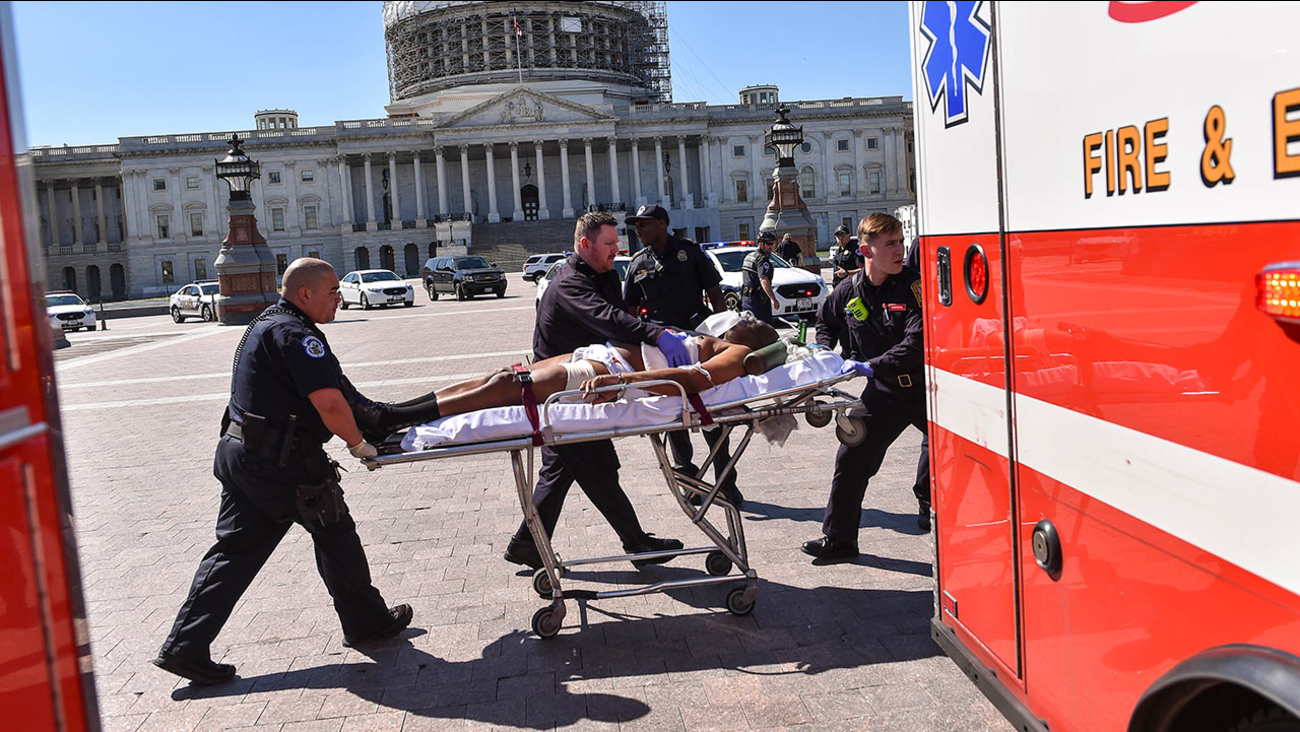 WASHINGTON (KABC) -- A man who drew what appeared to be a gun and pointed it at officers at the U.S. Capitol Visitor Center was shot by police on Monday, authorities said.