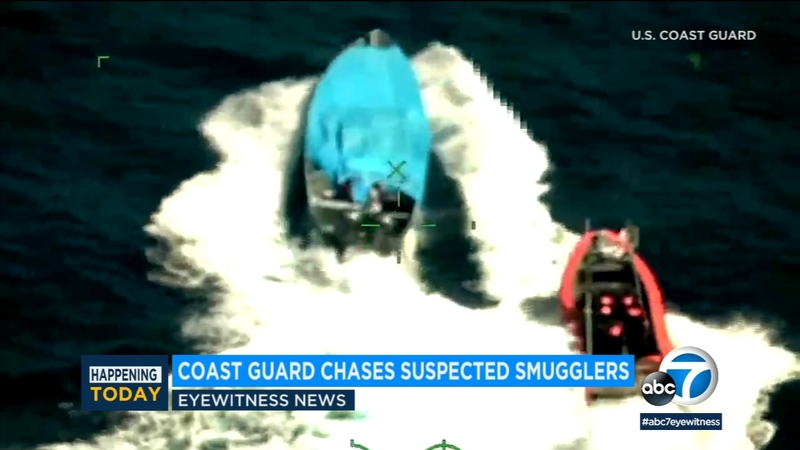 Dramatic video shows the moment the U.S. Coast Guard says it chased down a group of suspected smugglers carrying drugs in two different boats last month in the Pacific Ocean.

All of the people in the boat were taken into custody.

Release of the video comes as the agency said it seized 14,000 pounds of cocaine during six separate incidents off the eastern Pacific.

The drugs were offloaded Friday in San Diego.