US again averaging 100,000 new COVID cases per day after holiday 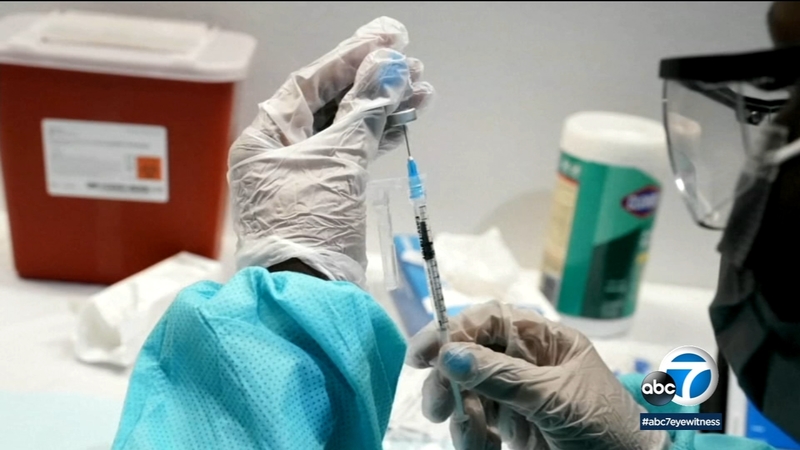 For the first time in two months, the United States is averaging more than 100,000 new COVID-19 cases each day, shortly after millions of Americans traveled for the Thanksgiving holiday.

The seven-day moving average of new cases was 121,437 as of Saturday, according to data from Johns Hopkins University. Prior to this week, the U.S. last topped the 100,000-cases-a-day mark in early October.

Also on the rise is the number of COVID-19 deaths, with a seven-day average of 1,651 people dying from the virus each day as of Saturday, the JHU data showed. Average daily deaths haven't been this high in more than a month.

The vast majority of new cases in the U.S. continue to be from the delta variant, but US health officials have detected the new omicron coronavirus variant in at least 16 states as of Saturday.

The first case was found in California on Wednesday, and by the weekend the variant had been identified in 15 other states: Colorado, Connecticut, Hawaii, Louisiana, Maryland, Massachusetts, Minnesota, Missouri, Nebraska, New Jersey, New York, Pennsylvania, Utah, Washington, and Wisconsin.

The omicron variant has been alarming officials because early indications show it could be more contagious than the original strain, and the significant number of mutations it carries poses a potential risk of reducing some of the effectiveness the current vaccines provide. Scientists are working to determine the severity and transmissibility of omicron -- but that could take weeks, officials have said.

Still, the U.S. is more equipped now to deal with the newly detected variant than it was during the onset of the pandemic, U.S. Surgeon General Dr. Vivek Murthy said Thursday.

"We are in such a different place now than we were one year ago because we've learned a lot more. We have vaccines available. We have far more tests available, and what we've got to do to get through this winter is to make sure that we are doubling down on our vaccination strategy," Murthy told CNN.

The surgeon general stressed that even though there's a lot to learn about the new variant, mitigation efforts, including masks and hand hygiene combined with physical distancing, remain effective in providing some protection.

Just under 60% of the total U.S. population is fully vaccinated and nearly 23% of those have received a booster, according to the latest data from the US Centers for Disease Control and Prevention.

While the omicron variant has the potential to become the dominant strain in the U.S., the delta variant continues to show up in 99.9% of coronavirus cases, according to Dr. Rochelle Walensky, director of the CDC.

"We know what we need to do against delta, and that is get vaccinated, get boosted if you're eligible and continue all of those prevention measures, including masking. And those are very likely to work against the omicron variant," Walensky told CNN chief medical correspondent Dr. Sanjay Gupta.

The delta variant managed to take over the entire nation in the early weeks of summer, changing the outlook as vaccines were rolling out and becoming more widely available. The variant continues to rage in hotspots across the country.

More than 59,000 Americans are hospitalized with COVID-19, according to data from U.S. Department of Health and Human Services. And overall, hospitalizations have been on the rise for more than three weeks.

The World Health Organization said the delta variant has outcompeted other variants in most countries -- making it the most common strain in much of the world.

"Even if the omicron strain doesn't turn out to be any worse, we are losing close to a thousand people every day from the delta variant, and that in and of itself is a reason for people to get boosted," Dr. Richard Besser, former acting director of the CDC, told CNN earlier this week.

Travelers arriving to Los Angeles on Monday from international destinations will find some new COVID-19 rules in place.

Dr. Anthony Fauci said earlier this week that traveling during the holidays is OK -- but getting vaccinated and boosted are a must.

"Just as I said and I'll say it again, if you have a vaccinated situation, enjoy the holidays with your family in a family setting," said Fauci, the director of the National Institute of Allergy and Infectious Diseases, at a CNN Global Town Hall.

For international travelers, proof of a negative COVID-19 test within one day of departure for the U.S. will be required as of Monday, the Biden administration announced Thursday. Previously a test could be taken up to three days before entering the country.

Plus, any foreign national who travels to the U.S. must be fully vaccinated, though there is no vaccination requirement for American citizens for air travel, either globally or domestically.

However, the White House said this week that a vaccine requirement for domestic travel remained on the table as an option for the future.