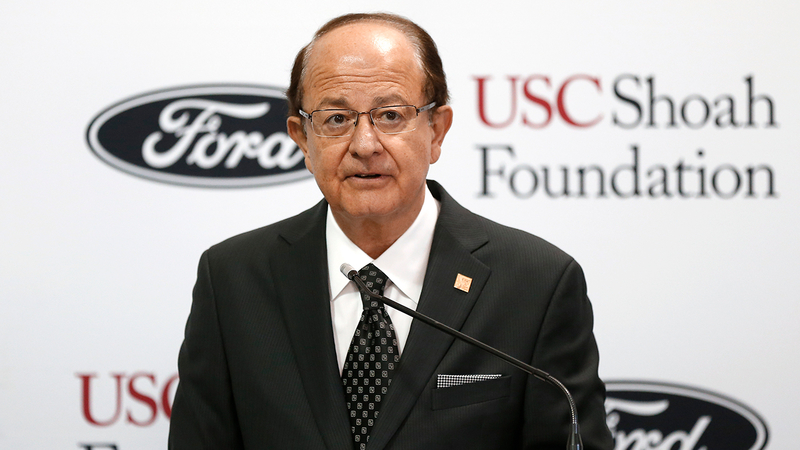 Meanwhile, the university's board of trustees released a statement saying it is "deeply troubled by distressing reports about Dr. George Tyndall, but has 'full confidence' in C.L. Max Nikias' leadership, ethics and values and is certain that he will successfully guide our community forward."

Those who signed the letter calling for Nikias to step down are faculty members in 14 different schools within the university. It states that he has referred to Tyndall's actions "as a 'breach of trust.'"

"With all due respect," the letter continues, "President Nikias' actions and omissions amount to a breach of trust. He has lost all moral authority to lead the university, and in addition, to lead the investigation of institutional failures that allowed this misconduct to persist over several decades."

The statements come amid the announcement of lawsuits against the school and Tyndall filed by current and former students. The lawsuits accuse the doctor of molesting patients over several decades and describe him as a "serial sexual predator."

Tyndall was removed from the on-campus position, but students say the university failed to act sooner and never reported him to authorities.

One civil lawsuit, filed on behalf of four students who attended USC, alleges that Tyndall routinely made crude comments, took inappropriate photographs and forced the plaintiffs to strip naked and groped them under the guise of medical treatment for his "sexual gratification."

"Plaintiffs are informed and believe, and on this basis allege, that defendant USC benefited financially from actively concealing myriad complaints of sexual abuse made by its female students against Tyndall by protecting its own reputation and financial coffers," the lawsuit states.

Tyndall, who worked at a USC clinic for 30 years, denied wrongdoing in interviews with the Los Angeles Times.

At a press conference on Tuesday, attorney Gloria Allred read the statement of a former student, who asked to remain anonymous and said she reported her allegations of inappropriate behavior in 1991. She said Tyndall took full-body photos of her during an examination.

She said the victim reported it to several people but it was not addressed by USC, and a year later when she tried to make an appointment at the health clinic, Tyndall was the doctor assigned when she made an appointment.

Plaintiff Daniella Mohazab also spoke, describing in detail her visit with Tyndall in 2016 when he allegedly made inappropriate remarks about her ethnicity, sexuality and appearance, which made her feel uncomfortable.