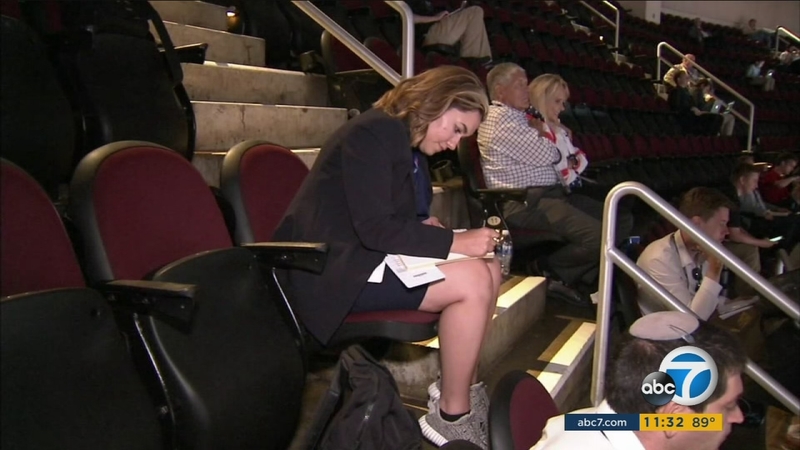 CLEVELAND (KABC) -- While the GOP's creme de la creme rallied their party ahead of the presidential election, a group of University of Southern California college students was getting special access inside the Republican National Convention.

As the California delegation cheered on the speakers, USC student Hannah Bega was inside the arena taking diligent notes. The millennial was getting rare access to the biggest political story in the world.

Bega is part of a group of students from USC and Pennsylvania State University who earned the chance to report from inside the RNC.

Each was given an individual assignment to pursue.

"This is every journalist's dream...," said USC junior Tiana Lowe.

Assistant professor at USC Laura Davis was helping run the program and said the experience teaches aspiring journalists to think on the spot, which is something reporters have to do on a day-to-day basis.

"It's a little bit of a fly-by-the-seat-of-your-pants operation, but that's great because that's what journalism is - you get dropped into a situation and you have to figure it out," she said.

In addition to covering the RNC, the students will also cover the Democratic National Convention.