Egypt's Lost Cities at The Reagan Library - Save $4/Ticket! 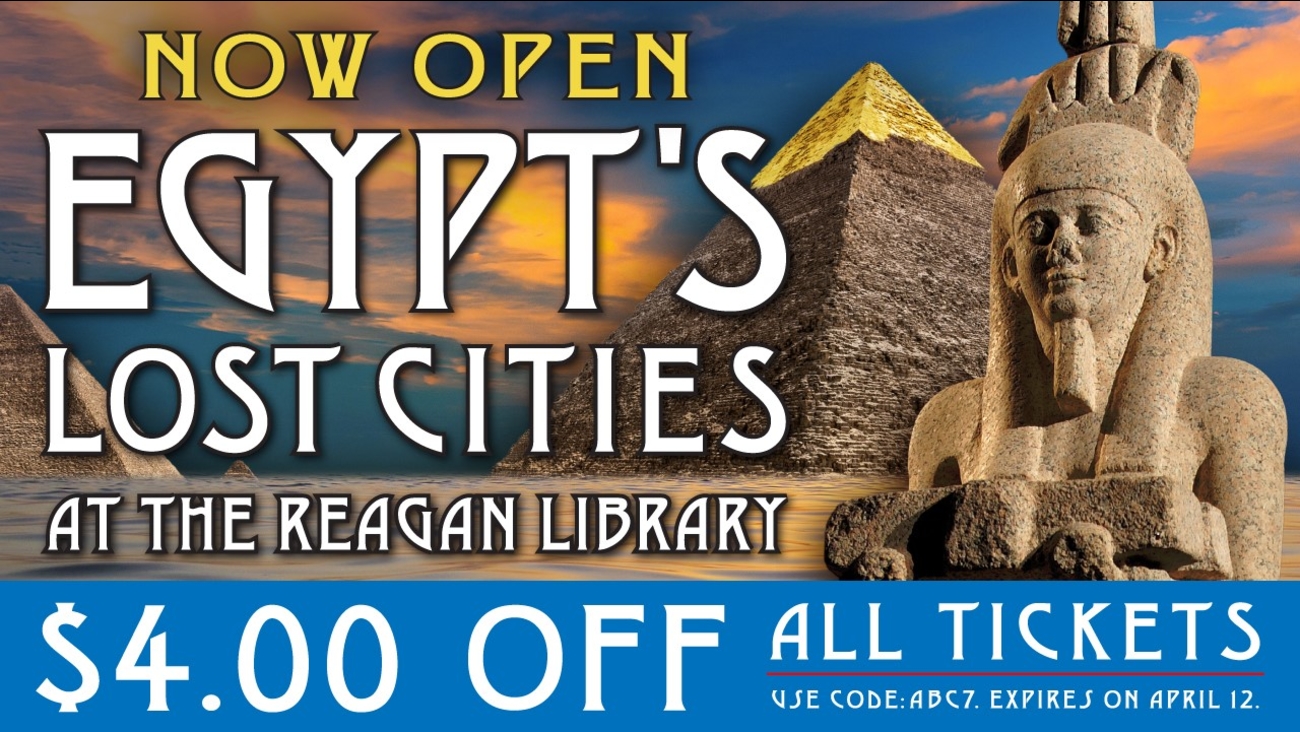 Now open and running through April 12, 2020, Egypt's Lost Cities showcases more than 250 authentic artifacts, including three colossal 16-foot sculptures of an Egyptian pharaoh, a queen, and a god. The Reagan Library will also display The Stele de Ptolemy VIII Euergetes II, an 18-ton monolith, the first time this artifact has ever been on display in the United States.

Time may have eroded the memory of a civilization but not the mystery of what was. Long ago, two bustling cities in ancient Egypt were known throughout the world as cultural centers of power, of wealth, of trade, and novel artistry. One day as the Mediterranean sun beat down on the bay of Aboukir, the cities slipped into the sea without a whisper of wind, buried for centuries. Determined to recover the cities that vanished, Franck Goddio, an economist by trade and underwater archeologist at heart, delivered the discovery of a millennium, for he located not a shipwreck but an entire civilization. This remarkable story is being told at the Ronald Reagan Presidential Library and Museum's Egypt's Lost Cities exhibition.

Additional highlights of the exhibition include:
Precious gold coins and jewelry
Bronze vessels
Objects inscribed in the ancient Egyptian or Greek languages

Statues from the sunken and forgotten ancient cities of Thonis-Heracleion and Canopus, including the statue of the god Hapi. Made of red granite, the statue is 18 feet tall and weighs 8 tons. It is the biggest statue of a god ever discovered in Egypt.