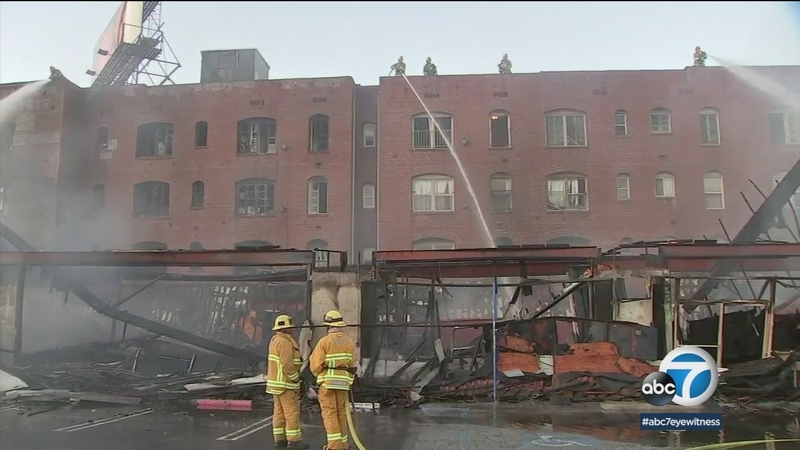 Authorities responded to the vacant strip mall in the 1200 block of North Vermont Avenue shortly before 5 a.m. About 118 firefighters worked to quell the flames, keeping the blaze mostly contained to the first floor of the building.

The building was heavily damaged in a fire in March 2017 and had remained vacant since then.

An apartment complex next to the vacated building was threatened for a short time. Once the blaze was knocked down around 5:52 a.m., firefighters assessed that about eight apartments suffered some damage from the flames.

At least 15 people were displaced from the apartment complex and received temporary help from the American Red Cross.

One firefighters sustained a minor hip injury during the firefight, authorities said. He was taken to a nearby hospital in good condition.