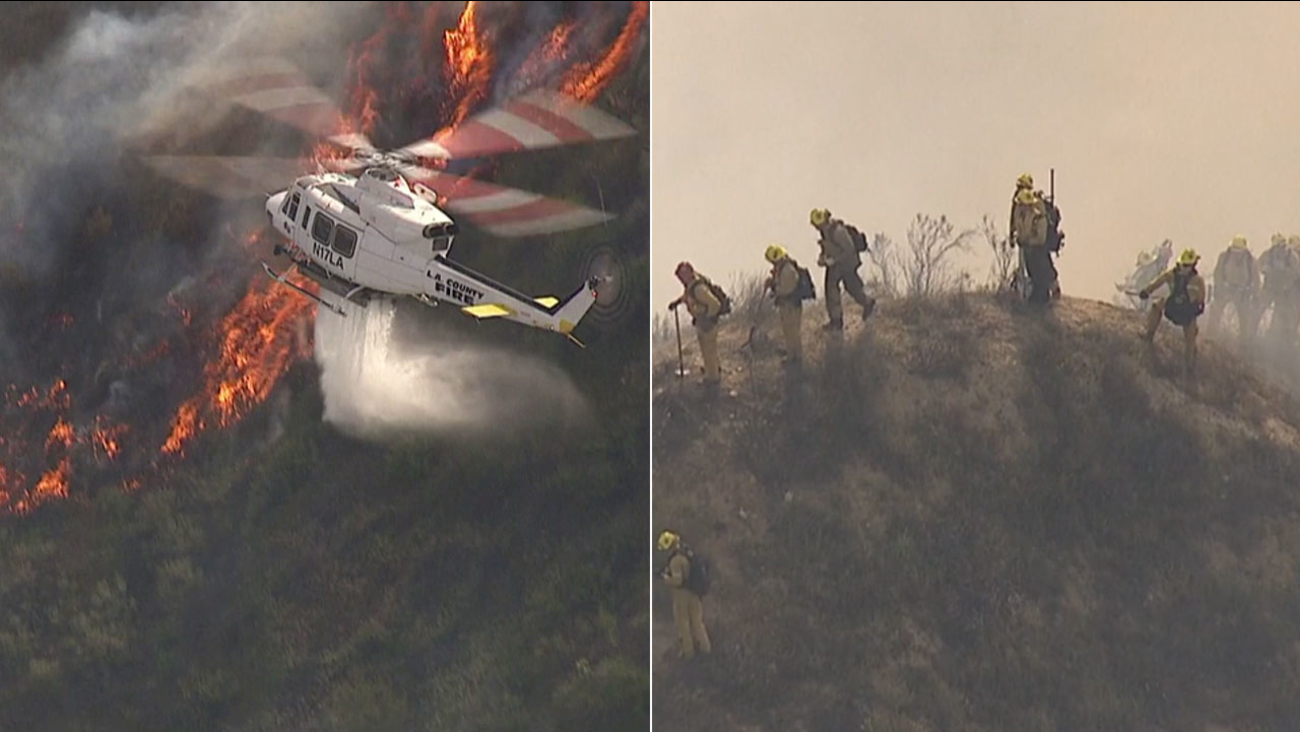 The blaze was reported around 7:15 a.m. near Newhall Ranch Road and Copper Hill Drive. It started around 2-3 acres but has since spread to approximately 32.8 acres, Los Angeles County fire officials said.

Around 1:45 p.m., officials said the fire was 65 percent contained. Firefighters had stopped the forward progress of the blaze around 10 a.m.

Authorities said strong winds, as high as 25 mph, are making the firefight difficult.


No buildings or houses were damaged, but fire officials said nearby Albert Einstein Academy was voluntarily evacuated due to the fire.