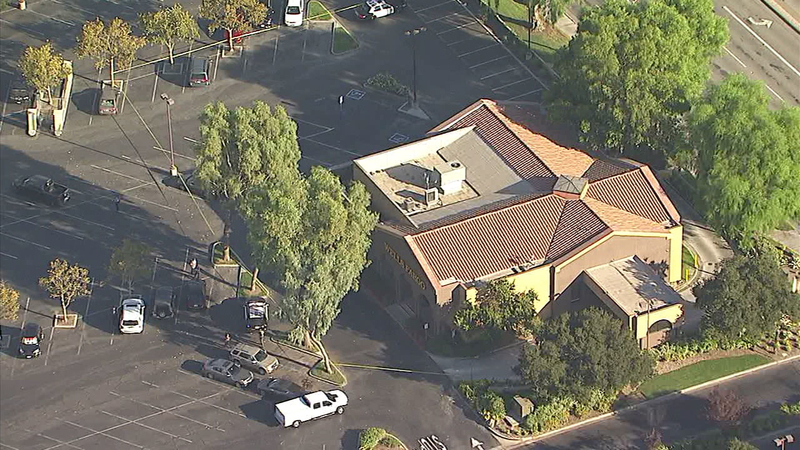 VALENCIA, Calif. (KABC) -- A shopping center in Valencia was evacuated after a Wells Fargo branch received a bomb threat over the phone.

According to Los Angeles County sheriff's officials, the call was made about 4:10 p.m. to the branch in the River Oaks Shopping Center in the 24200 block of Magic Mountain Parkway.

Officials said the caller stated there was a bomb placed in the bank and it must be found before it detonates.

The shopping center was evacuated and sheriff's officials used the bomb squad. After an investigation, authorities said no explosive device was found.