One person has been killed in the fast-moving Valley Fire in Lake County, which has burned 50,000 acres, prompted thousands of evacuations and destroyed more than 1,000 homes.

LAKE COUNTY, Calif. -- Cal Fire is investigating a reported fatality in the fast-moving Valley Fire in Lake County, which has burned 50,000 acres, prompted thousands of evacuations and destroyed more than 1,000 homes, according to the California Department of Forestry and Protection.

The fire erupted about 100 miles north of San Francisco Saturday afternoon and rapidly chewed through brush and trees.

Entire towns and thousands of residents along a 35-mile stretch of State Route 29 were forced to evacuate, many running as the fire came down the hill toward their homes.

Cal Fire spokesman Daniel Berlant says wind gusts that reached up to 30 miles per hour sent embers raining down on homes and made it hard for firefighters to stop the blaze from advancing.

"This has been a tragic reminder to us of the dangers this drought is posing," he said.

Gov. Jerry Brown declared a state of emergency in Lake and Napa Counties Sunday, which would expedite funding and resources to battle the blaze.

The Valley Fire has destroyed at least one school -- Middletown Christian School, a small private school that serves students from kindergarten through high school. The total number of structures destroyed was not immediately released.

Evacuation centers were set up at the Kelseyville Presbyterian Church and the Calistoga Fair Grounds. Many slept in cots and others in their cars and tents.

The fire has not slowed, and the communities of Cobb, Middletown and Hidden Valley have suffered extensive damage.

"Nothing but fire and ash. The ash is so thick you can't even imagine. It's like a movie, a horrible movie," resident Sue Hamilton said, adding that she has never been without a home and this is devastating for her.

Cal Fire said four firefighters suffered second-degree burns and were transported to the burn center at UC Davis Medical Center in stable condition. They were members of a helicopter crew based in Lake County.

To the east, firefighters battled a blaze about 70 miles southeast of Sacramento that exploded to over 65,000 acres in four days, turning the grassy, tree-studded Sierra Nevada foothills an eerie white.

The Butte Fire, which broke out on Wednesday, destroyed 81 homes, 51 outbuildings and was threatening about 6,400 more.

Brown had already declared a state of emergency, helping free up funding and resources in the firefight. More than 3,850 firefighters were assigned to the blaze, and more were expected to join the firefight. 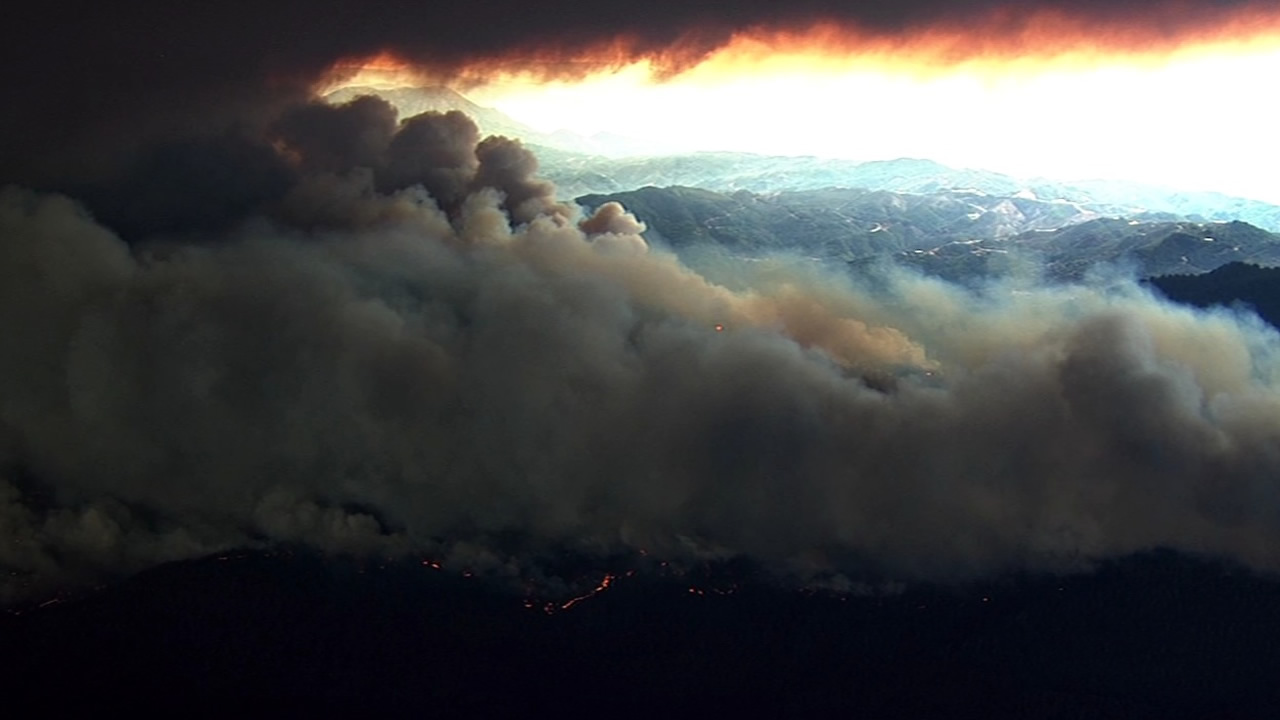