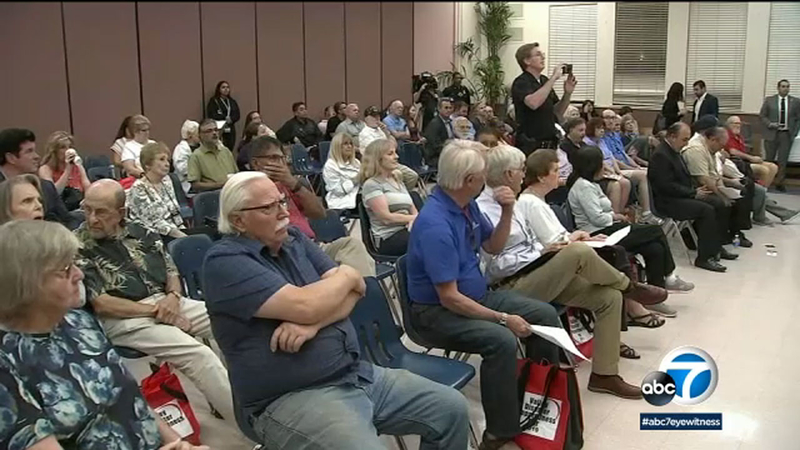 GRANADA HILLS, LOS ANGELES (KABC) -- Residents affected by the Saddle Ridge Fire gathered in Granada Hills Wednesday to receive updates and voice concerns regarding the handling of the fire when it first erupted.

"Absolute disaster. I mean, the city tells everyone 'We're here to help you. Sign up for this program, sign up for that program,'" said Bill Cotter of the Community Police Advisory Board. "When the program is supposed to work, it just doesn't."

Cotter was referring to the city of Los Angeles' reverse 911 system that is supposed to call residents warning them of an emergency.

"Not one person anywhere of those properties that I've spoken to has gotten a single 911 call," Cotter added.

Angela Suarez of Granada Hills said her cousin in Thousand Oaks was the one who sent her the mandatory evacuation message.

The problem has been blamed on cell towers that suffered damage in the fire, but that does not explain landlines that never got a call, or cellphones outside the fire zone near working towers.

Also unexplained at the meeting was what was burning Tuesday at the Aliso Canyon gas storage field, the site of a massive gas leak in 2015.

SoCalGas said a small, mysterious fire burned for hours from Monday into Tuesday, which it believes is from old crude oil activity. It won't know until the Division of Oil, Gas and the Air Quality Management District tests the soil.