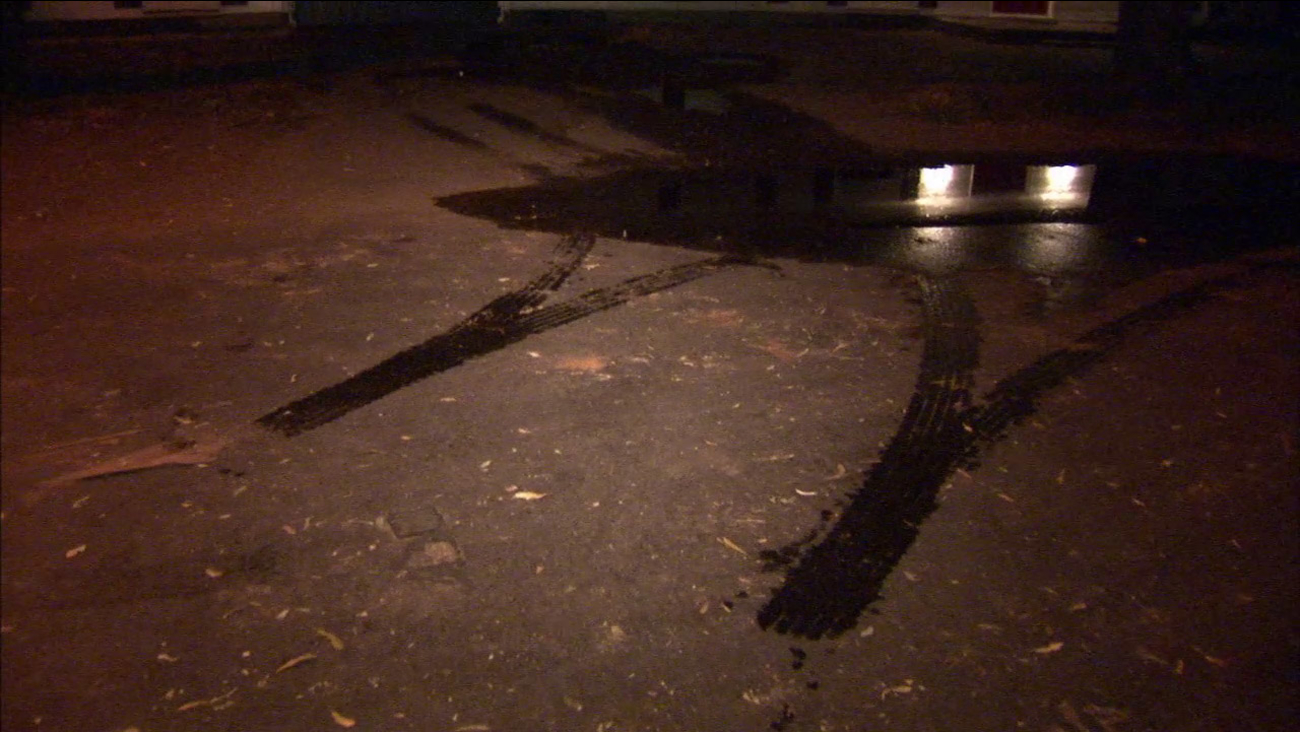 NORTH HOLLYWOOD, LOS ANGELES (KABC) -- Police are searching for a truck driver after a bizarre hit-and-run in North Hollywood on Sunday.