AP
EXTON, Penn. -- The suburban Philadelphia home of one of the attorneys defending former President Donald Trump in his impeachment trial has been vandalized with graffiti.

Detective Scott Pezick of the West Whiteland Township Police Department in Chester County said the graffiti was reported around 8 p.m. Friday at the home of attorney Michael van der Veen.

Video showed the word "Traitor" in red paint at the entrance of the driveway and an arrow pointing to the home.

No arrests have been made, Pezick said Saturday. The home now has private security, he said, "and we've been showing a police presence to deter anything from happening."

SEE ALSO: Trump lawyer says he would ask 100 witnesses to give depositions in his Philadelphia office
EMBED More News Videos

"These depositions should be done in person in my office in Philadelphia," former President Trump's defense lawyer Michael van der Veen said.

A group of demonstrators gathered at some point outside van der Veen's law office in downtown Philadelphia, calling him a "fascist" and chanting, "When van der Veen lies, what do you do? Convict. Convict," the Philadelphia Inquirer reported.

Van der Veen drew laughter from senators Saturday when he said any witness depositions could be done at his Philadelphia office.

Vandals also targeted the leaders of the U.S. House and Senate on the opening days of the New Year as Congress failed to approve an increase in the amount of money being sent to people to help cope with the coronavirus pandemic.

Spray paint on then-Senate Majority Leader Mitch McConnell's door in Kentucky read, "WERES MY MONEY," and "MITCH KILLS THE POOR" was scrawled over a window. A profanity directed at the Republican senator was painted under the mailbox. 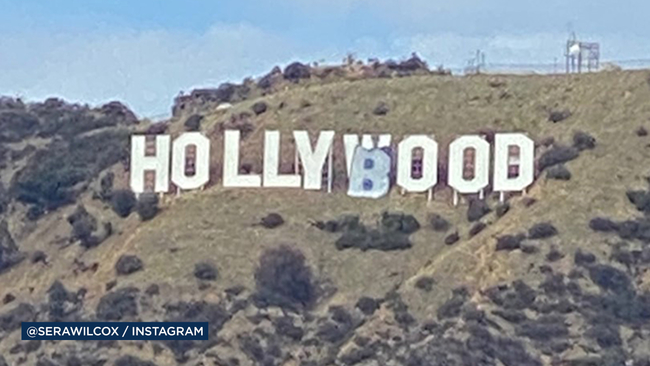