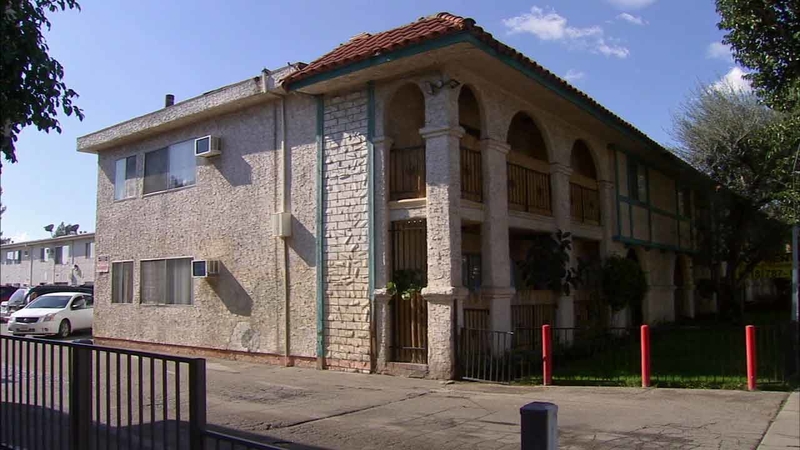 Boyfriend sought in murder of transgender woman in Van Nuys

VAN NUYS, LOS ANGELES (KABC) -- A search is underway for a man after his transgender girlfriend was found stabbed to death at the scene of an apartment fire in Van Nuys.

The fire at the two-story structure was reported shortly after 5 a.m. Saturday in the 14600 block of Saticoy Street.

Firefighters forced entry into the apartment and quickly put out fire in a rear bedroom. They also found a woman, later identified as Michelle Vash Payne, stabbed to death on the kitchen floor. Investigators said the victim's body may have possibly been burned.

A murder weapon was recovered at the scene.

The victim lived at the location with her boyfriend, whom authorities have since identified as a person of interest.

Neighbors say that the female victim and her boyfriend had recently moved into the apartment complex. Friends say the woman was open about being transgender.

Detective Robert Bub of the Los Angeles Police Department's Van Nuys Division said neighbors heard arguing coming from the apartment around 4 a.m., shortly before the fire. Police, however, were not called.

The suspect was described as in his mid-20s, about 5 feet and 8 inches tall and weighing 150 pounds.

A picture or name of the man has not been released.