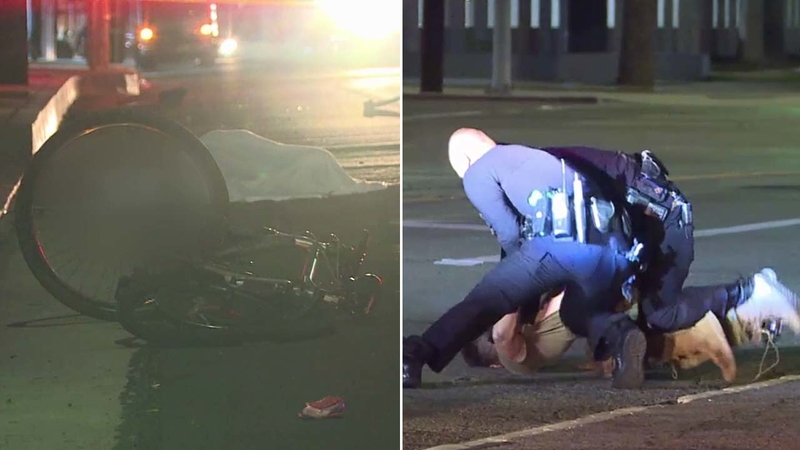 VAN NUYS, LOS ANGELES (KABC) -- One person was taken into custody after a bicyclist was killed in a hit-and-run crash in Van Nuys early Thursday morning.

The hit-and-run crash happened just after 3 a.m. near Stagg Street and Haskell Avenue.

Moments later, less than a mile away, Los Angeles police officers were seen taking an uncooperative suspect into custody. Officers handcuffed him after he put up a short fight near Valjean Avenue and Cohasset Street.

Nearby, a car was seen with obvious damage to the windshield.