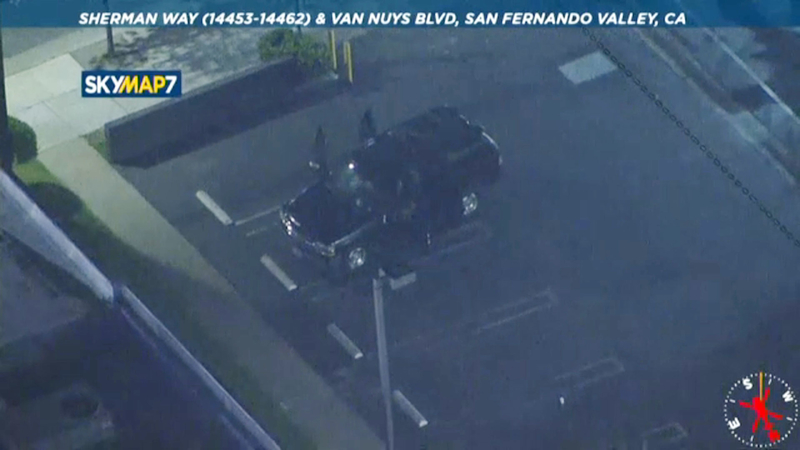 A black SUV was sitting in a parking lot on Sherman Way near that intersection with all four doors opened.

It was not immediately clear if there was anything else about the vehicle which drew police attention. A bomb squad was called to the scene.

Police shut down the busy intersection and evacuated a doughnut shop and other businesses in the area. Public buses were also being rerouted.

Police later declared the incident a hazmat situation and shrunk down the perimeter to a single parking lot.