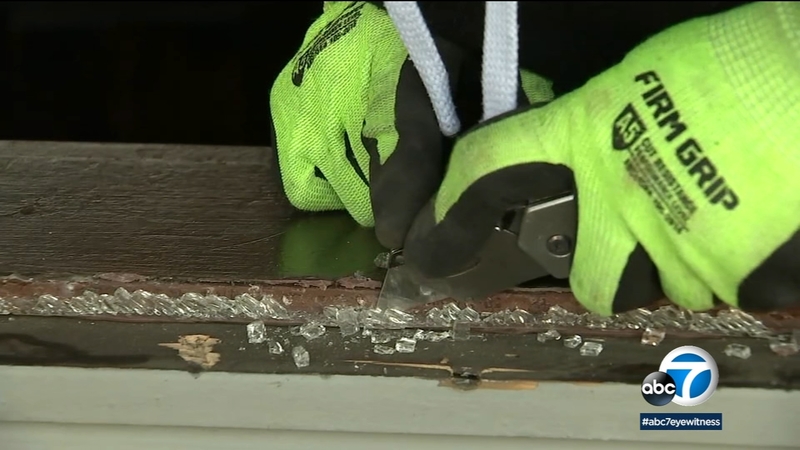 ENCINO, Calif. (KABC) -- A string of businesses along Ventura Boulevard in the San Fernando Valley have been targeted by vandals, prompting an investigation by the Los Angeles Police Department.

Saturday wasn't the first time Allen Emergency employee has been at The Stand restaurant in Encino -- cleaning up a huge, broken plate-glass window.

On Friday morning the glass repair service company got a call from the establishment on Ventura Boulevard.

On Saturday morning, another call came in requesting services once again - this time for a different window. And it's not the only business in the area that has summoned the repair service after being targeted by vandals.

"Six yesterday, two this morning," James DeNunzio of Allen Emergency said. "Everywhere we've been there's been a cracked window but hey haven't taken anything. One place we went to, they broke in and had a party there -- just random silliness."

A case of road rage ended in a multi-car crash in Hermosa Beach, officials said.

But it's more than that. It's vandalism which costs businesses unwarranted loss.

Across the street at Big 5 Sporting Goods on Ventura Boulevard, the manager told ABC7 that employees found a large rock outside one of their shattered front windows.

There was no other sign of forced entry or damage at the sporting goods store.

Ten minutes away in Sherman Oaks but still on Ventura Boulevard, a restaurant's employees reported their front window, smashed, too.